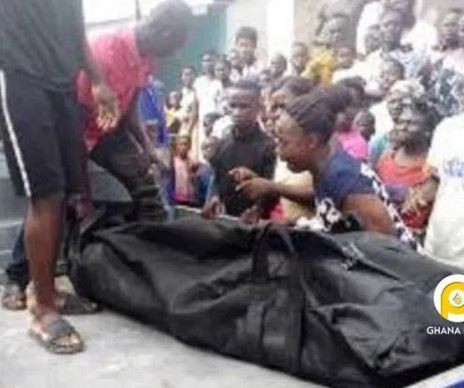 A 15-year-old Junior High School graduate identified as Isaac Arhin has reportedly committed suicide after he was asked to learn a vocation instead of pursuing Senior High School education.

It has been reported that Isaac Arhin who is popularly known as Yaw was found dead in his room after he hanged himself with a rope in his room at Gomoa Asafo in the Agona East District.

Ya's sister who narrated the story to Koforidua based Bryt FM,  disclosed that her late brother had an aggregate 20 in the Basic Education Certificate Examination (BECE) and gained admission to Kwahu Tafo SHS in the Eastern Region.

His auntie however informed him that she is not financially stable to enroll him in SHS so he should learn a skill.

That is what triggered the depression leading to his unfortunate death.

“Yaw told me he got aggregate 20 and that, he has gotten a school at Kwahu Tafo but his aunt wanted him to learn a skill instead of continuing his education because she is not financially sound to support his education.

“I told him, his mother had gone to Volta and that, he should exercise patience for her to return so we could deal with the issue, as I am also not in a position to support his education due to my poor health condition.

“He left the house about 6 am in the morning without informing me, so I called to find out where he has been after complaining earlier of being hungry. He told me he had gone to my aunt’s place at Nsuaem.

“Unfortunately, I returned home to find out that he had locked the door to our room so I called him severally without any response. I then decided to look through the window with the help of a neighbour and unfortunately, I saw him hanged to death with a rope” she told the reporter.
The police in the region have begun investigating the matter.