SAD: Boy eats alone at his birthday after his mum invited 32 classmates and no one showed up 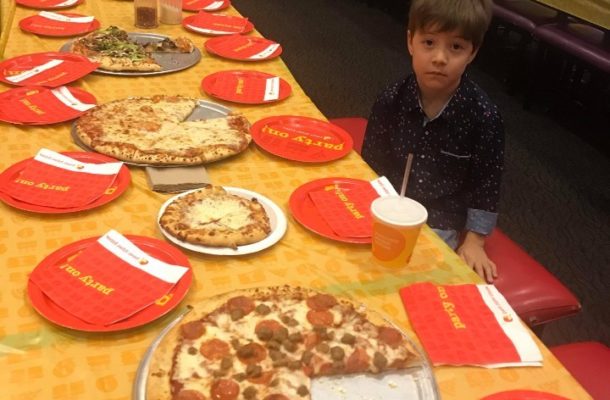 A mother threw her 6-year-old son a birthday party at a Peter Piper pizza restaurant and invited 32 classmates to celebrate with him but not one single person showed up and the boy was forced to eat alone.

Teddy from Tuscon, Arizona, was left heartbroken when not one person turned up to celebrate his special day and he couldn't hide his sorrow.

His mum, Sil Mazzini, told Fox 10 News that she'd given out goody bags to 32 children, with each bag containing an invite to the event.

She even claims to have spoken to a few of the parents the day before and had confirmation their kids would be there.

However when the big day arrived, Teddy was pictured surrounded by pizzas and drinks, but with no one to share them with.

She said: "His birthday was actually October 3rd, but because his dad works in Alaska and was able to come the 18th, I organized the whole party for the 21st."

After Teddy's mother shared with the photo, it went viral on social media and massive support has been shown to the child. 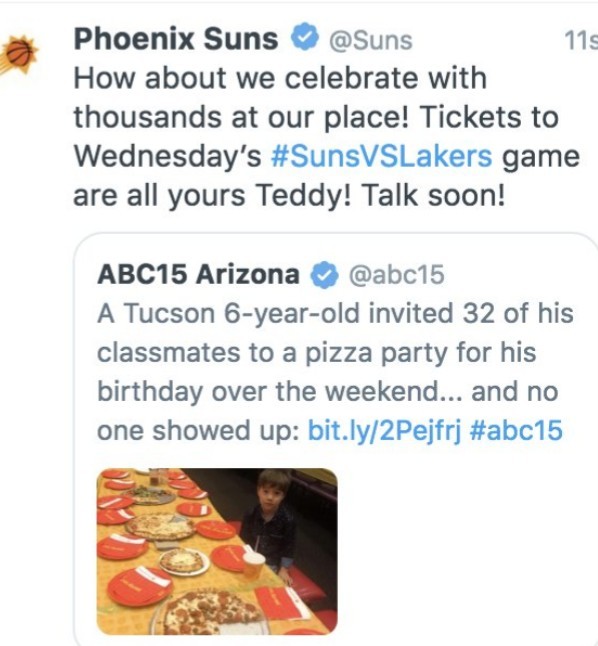 The Phoenix Rising Football Club invited Teddy to attend a local game, tweeting: "Teddy can get The Mala from Venezias Pizza and join 7,000 of his closest friends this Friday. Come on out Teddy!"

The Phoenix Suns have also offered the little one tickets to an upcoming basketball game.