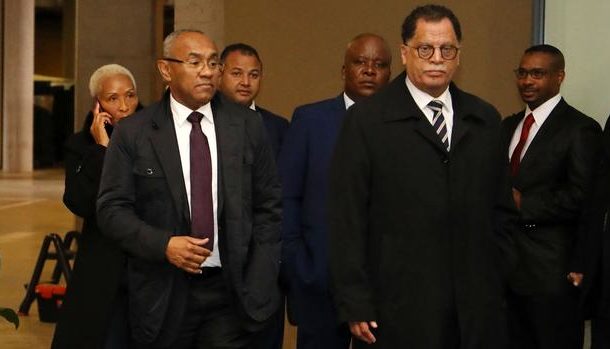 SA Football Association president Danny Jordaan is in Cameroon evaluating the state of the country’s readiness to host next year’s Africa Cup of Nations.

Cameroon will be the first country to host an expanded 24-team Afcon tournament. Jordaan left South Africa for the central African country over the weekend and his team will complete the site-seeing for all the venues on Monday.

The Confederation of African Football (Caf) took a decision last year to expand the size of the Afcon tournament, its biggest football event, in a bid to give it a bigger and better global feel.

Despite some teething problems, Cameroon has insisted it is confident of meeting the deadlines to host next year’s tournament and that all of its venues will be ready. In 2017, Caf president, Ahmad Ahmad, raised serious concerns about the central African country's ability to host the tournament.


"Cameroon will have to work to convince Caf on its ability to host the event," Ahmad said, according to BBC.com. "We will send the experts and we will decide at the end of their inspection mission.

Since then rumours have swirled that Caf are lining up a potential replacement nation to host the tournament. However, last week Ahmad denied that Caf had already made devised a "plan b".

"...I tell you, the Africa Cup of Nations is in Cameroon. People talk about what they want. For us, that's it, there is no plan B so far. Let's be satisfied with that," he told Camfoot.com.

"But as I told you, it does not depend on us. There is only Cameroon alone, as you have seen how Putin (President of Russia, Editor's note ) asked for the organization of the World Cup and how he organized the World Cup.

It is they who can tell us that they are ready or not, it is not at the CAF . This is how we have to reorganize African football, we must not always stay in the background. I'm trying to rearrange things and put them on modern management standards."