Saint-Etienne, Caen jostling for the signature of Majeed Waris 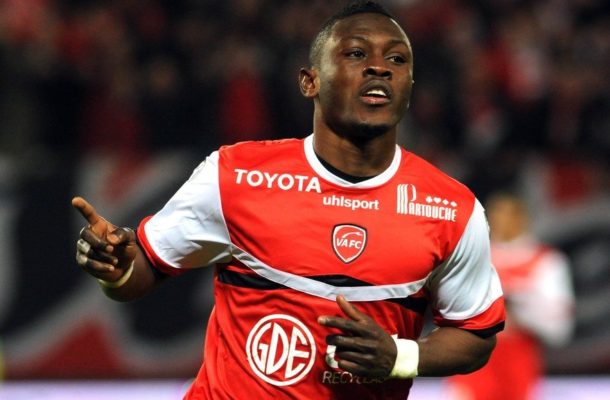 League 1 duo, Saint-Etienne and SM Caen are in a hot race to land Ghana international Majeed Waris according to French Newspaper L'equipe.

The 26 year old striker wants to leave second-tier side Lorient for the top flight this window and is very keen on a move.

Saint-Etienne and Caen are facing some competition from an English Premier League side who are also interested in the Ghanaian star as they look to strengthen their attack in the second round of the season.

Lorient are bracing themselves for the possible departure of their star-striker but are determined to get the full valuation of the player on the market.

He has netted twenty one goals in his 61 appearances for Lorient since joining them in 2015.

Waris has capped 22 times for the senior national team of Ghana with four goals to his credit.