Salma Mumin hot as MTN threatens defamation suit against her 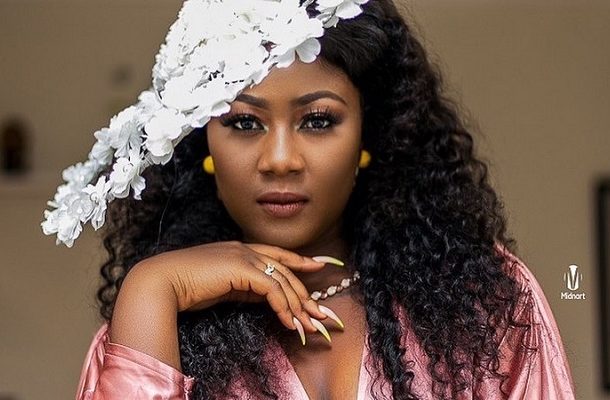 Telecommunication giant - MTN, says it will drag Ghanaian actress, Salma Mumin to the court if she refuses to apologize to the brand within 24 hours.

This threat comes after the actress hit hard at the country's leading network provider, claiming her GHC10,000 had miraculously disappeared from her business account.

In a post on her Instagram page, Salma Mumin accused MTN staff of stealing her money. To her, keeping funds in one's momo account was not longer secured.

"MTN keeps saying nobody can withdraw your momo account with your concern but I just found out my over 10,000 cedis from my business account has been taken... MTN is not safe anymore!", she wrote.

However, it later emerged that the actress had no basis in her claims as a rejoinder issued by MTN Ghana and sighted by Ghana Guardian, stated there was no such money in Salma's wallet as claimed.

MTN Ghana, however, demanded that Salma Mumin immediately apologizes to the corporate brand or face its wrath.

"By this rejoinder, we demand that @Salmamumin immediately apologize to MTN Ghana within 24 hours of this publication. The apology must state clearly that her claims that MTN Ghana had taken money from her wallet was false and giving same prominence as that of her initial post failing which the business will be compelled to take legal action against her", the statement threatened.

Below is the full rejoinder: 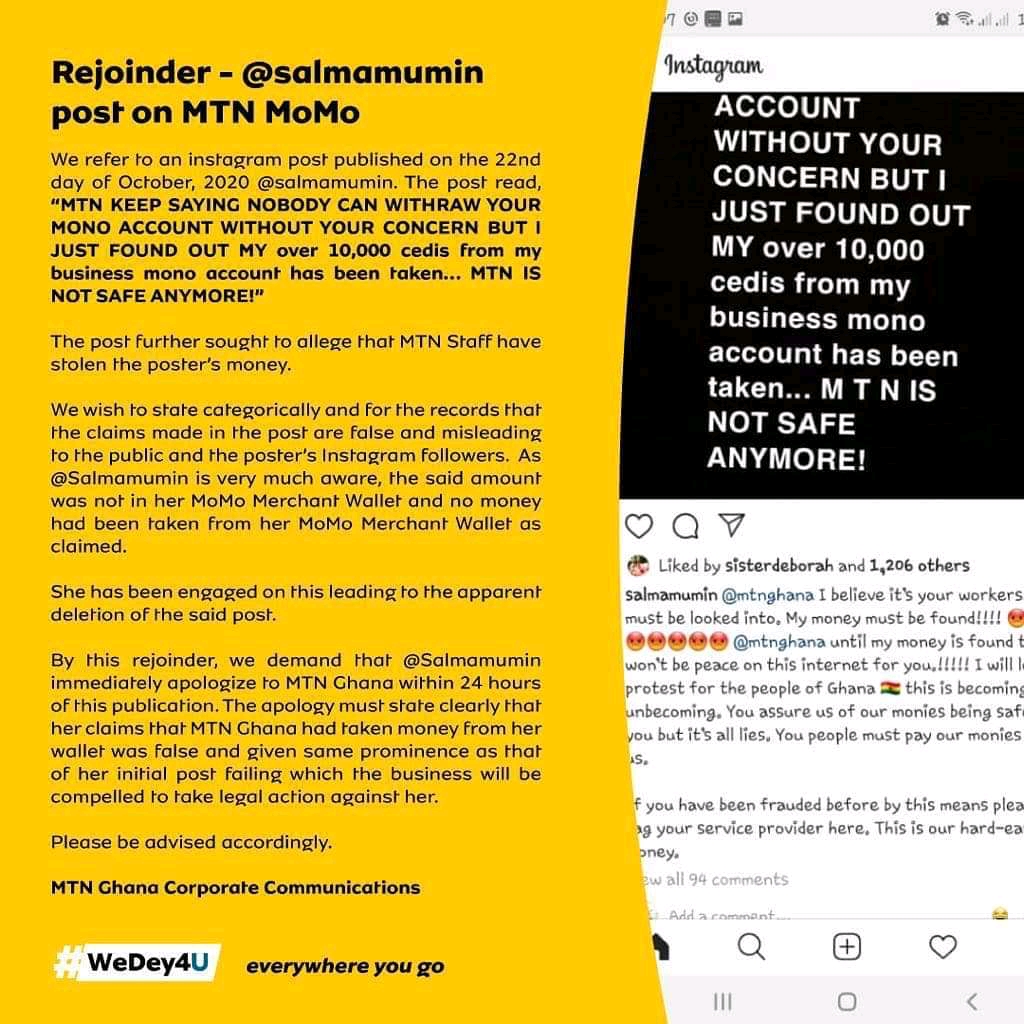