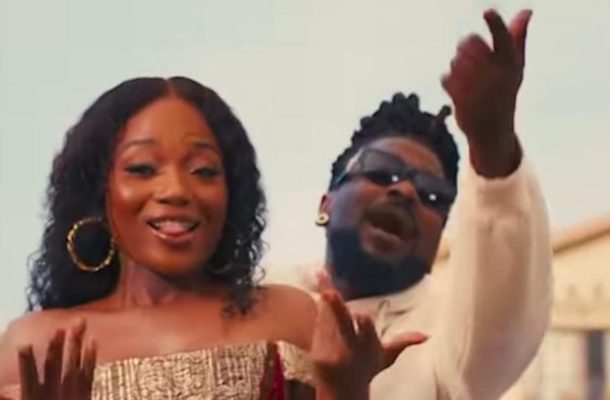 The song released a few days ago together with a video is Samini’s first-ever feature with Efya after years of separate successful careers spanning over a decade.

The new song is already taking over with many music followers getting fond of it.

It is an up tempo crossover jam — Dancehall and Afro-Fusion with tropical vibes.

Samini in the song expresses how he loves it anytime Efya posts a picture on Instagram.
The visuals for the song also look amazing and portray beautiful scenery while the two talents enjoy some cool vibes.

It has been released on all digital platforms on Saturday, October 23.

“Got to make music with The Legend @samini_dagaati,” Efya said about working with Samini after snippets of the video.

Samini remains Ghana’s relevant musicians for the last two decades. The new release according to earlier reports is a lead single for his upcoming EP titled “Burning.”

Born Emmanuel Andrews Samini, the reggae-dancehall musician has a lot of hits to his name.
His genre of music is a melodious mixture of high life, dance hall, reggae and hip-hop. He terms his brand of music as the “African dance hall”.

He signed his first record deal with Ashanti International and went on to start his record label after he left the aforementioned label. He has since remained a phenomenal act.