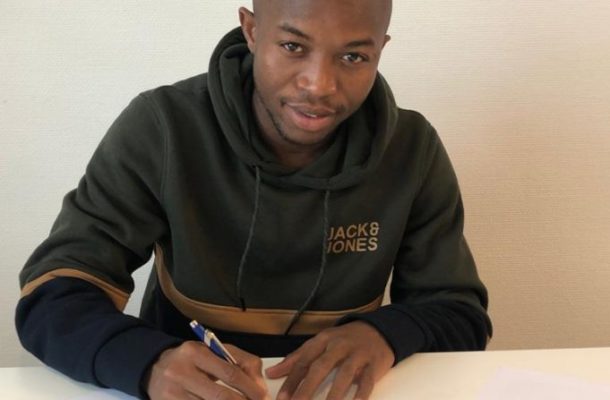 Ghanaian midfielder Samuel Alabi has completed a move to Swiss side FC Luzern in the current summer transfer window.

The 20 year old penned a four year contract which will keep him at the Swiss side until June 2024.

Alabi began his career with Ghana Premier League side Dreams FC before  joining Israeli side FC Ashdod in the 2019/2020 season.

The midfielder will be in isolation for at least a week due to coronavirus protocols before beginning training with his team mates somewhere next week.

“We have been watching Samuel for a long time,” said FCL sports director Remo Meyer on the occasion of the signing of the contract.

“He’s an interesting young player who convinced us above all with his ability to have a decisive influence on the game on the offensive. We are sure that he will be a great asset to us in the years to come.”

It is no surprise the midfielder has moved away from Ashdod FC after spending only a season there as he had been turning heads with his performance.