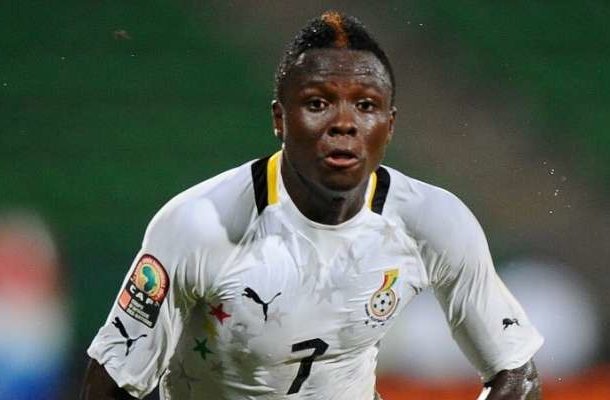 Crocked Harrison Afful has been ruled out of Ghana's matches against South Africa and Sao Tome and principe.

The U.S based defender withdrew from the national team call up after having some injury concerns.

After a five year hiatus,  Samuel Inkoom has been called up as  replacement for the injured full back Harrison Afful in the Black Stars Squad against South Africa and Sao Tome.

The 30 year old who has had a torrid career has for the last few years been fighting Fifa bans and addressing issues with his agent but he seems to have found a new home and a fresh lease of life as he now plays for Bulgarian First League club Dunav Ruse.

Harrison Affuls latest injury is the second one to hit the Ghana squad after Mubarak Wakaso underwent surgery this week.