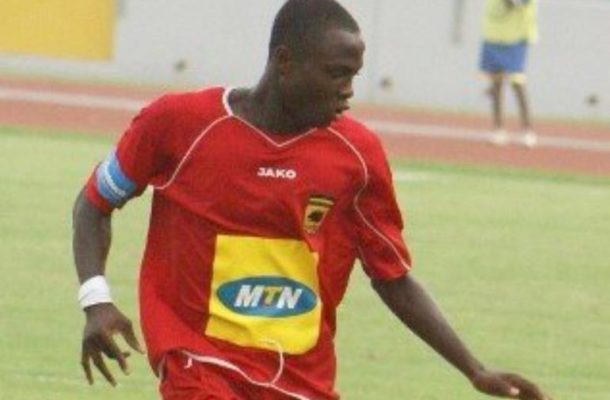 Former Ghana defender Smauel Inkoom is looking to make a return to Kumasi Asante Kotoko after a chequered career in Europe.

The former Kotoko defender who now plays in the Georgian league for Samtredia wants a return back home and has started negotiations with the Kumasi based side according to reports.

Inkoom who has never been the same player he once was after a one year FIFA ban signed for Samtredia as a free after leaving Bulgarian side FK Dunav Ruse.

According to reports in the local media, the former Kotoko player is angling for a move to join the reds as he enters the twilight of his nomadic career.

After leaving Kotoko for FC Basel in 2009, Samuel Inkoom wants to make a return to the club where he made his name on the local scene.

He has since played for Ukrainian side Dnipro, DC United, Bastia, Platanias, Boavista, Antalyaspor among others in a well traveled career.

Samuel Inkoom has been capped 46 times for Ghana scoring once with his last cap coming six years ago.