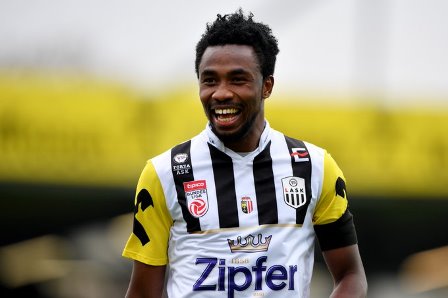 Samuel Tetteh's loan deal with LASK was extended for a month

Ghanaian  International Samuel Tetteh will be availabe for  a new contract elsewhere as his contract expires with his current Red Bull Salzburg .

Currently playing on loan at LASK Linz, Tetteh will be a free agent at the end of July, having seen his loan deal extended to cover up the full season which was delayed by the Covid-19 pandemic.

The 23-year-old is enjoying his best campaign in Austria this season, having scored seven goals and created five assists for the Black and Whites.

The former WAFA attacker joined the youth side of Red Bull Salzburg, FC Liefring in 2016, before moving to the senior side in 2017.

He then joined LASK on loan, and has since been one of the best players at the club.