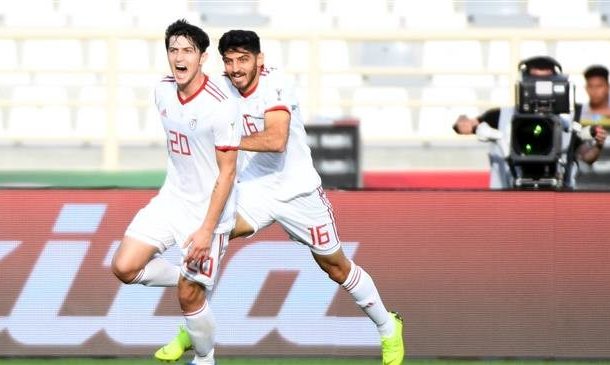 Sardar Azmoun struck twice as Iran sank Vietnam 2-0 on Saturday to reach the last 16 of the Asian Cup and set a new group-stage win record.

Iran, looking to end a 43-year title drought since last winning Asian football's most coveted prize, could have scored four or five but for some poor finishing in Abu Dhabi.

"But winning is the best medicine in football. To win two games and score seven goals -- I have to praise my players because I am very demanding."

The Rubin Kazan forward lashed in his third goal of the tournament from the edge of the box 20 minutes from time to give Iran a ninth successive first-round victory dating back to 2007.

They were indebted to goalkeeper Alireza Safar Beiranvand for a courageous save from Nguyen Cong Phuong but were barely ruffled by the Southeast Asian champions.

"We just need to relax more," said Queiroz. "In the second half our anxiety to score a third goal led to some bad passes.

"The combinations are there," added the former Real Madrid and Portugal boss, whose team face bitter rivals Iraq in their final group fixture.

"But that final touch will come. Now we must think, feel, eat, drink, do everything to be focused on Iraq."

Queiroz singled out Azmoun, who came out of international retirement for the Asian Cup.

"He's a finisher," said the Portuguese, now in his eighth year as Iran coach.

"We have high hopes for him for this competition. But the way the team is contributing around him, and our movement in the last third, are very interesting."

While Queiroz comes into the Asian Cup after almost steering Iran to the World Cup knockout stage last year, Vietnam coach Park Hang-seo lamented the gulf in class between Team Melli and his Golden Dragons.

"Iran are ranked 29th in the world, we're 100th," shrugged the South Korean, whose team suffered a last-minute 3-2 defeat by Iraq in their opening game.

"They were just too strong. It will take time for us to compete at the top level, but Vietnam is a young team with a bright future."