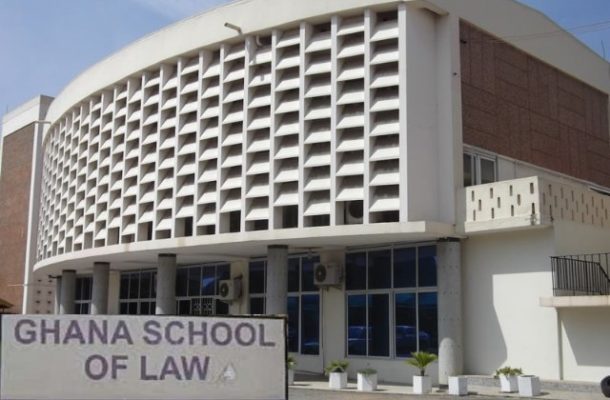 The entrance exams which is backed by law,  (Legislative Instrument, LI2355) is being challenged by legal luminary, Professor Kwaku Asare, on grounds that the conduct of the Examination constitutes a breach of the law and an abfront to the rights of all LLB holders who are automatically admissible to the Ghana School of law.

In his argument in opposition to the Application,  lawyer for the Law School regulatory body,  the General Legal Counsel (GLC), Lawyer Kizito  Benyou, argued that should an injunction  be granted,  it will completely disrupt one whole academic year calendar of the Ghana School of law. He further stated that 1,800 students have applied to sit for the examination tomorrow and they cannot be denied the right and the opportunity to write same.

After resuming sitting from a 30 minutes break to give consideration to the application,  the five member panel in a ruling read by Justice Anin Yeboah, the Supreme Court held that the applicants  in their application relied on LI 1296 which is a law that has been repealed by the new law LI 2355. The court further stated that on the balance of convenience,  the GLC and the 1800 students who have registered for the exams stand to loose as compared to the applicants in the matter. On these grounds,  the court dismissed the application in it entirety.