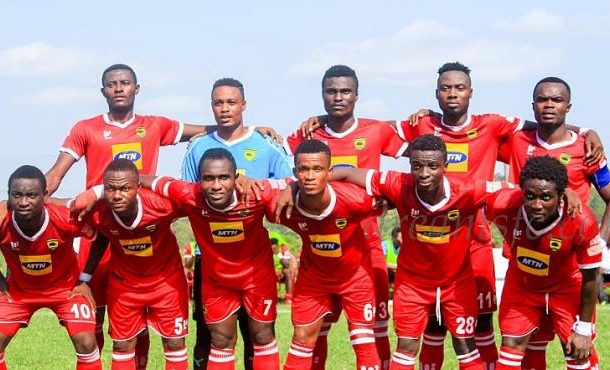 Kotoko's 5-3 loss to regional rivals AshGold has hit the Red family so hard that many of their fans have doubted the credibility of that game.

The Brong Ahafo Regional Circles Chairman for the Porcupine Warriors Kofi Wayo is calling on the Ghana FA to  investigate the game insisting he smells something fishy.

Wayo strongly believes both teams played a match of convenience as fans greeted the final whistle with jeers and boos.

Kotoko's Operations Manager Ali Maradona had earlier in an interview with Sikka FM revealed that Kotoko will not beat AshGold since it can lead them to relegation.

Based on that hint by Ali Maradona, Kofi Wayo argues that the two sides played a match of convenience.

'How can a management member say Kotoko will never beat Ashanti Gold SC to be relegated? I personally watched the game in Obuasi and I can tell you that both Ashgold and Kotoko supporters were booming at the Kotoko management. This game must be investigated," he spoke to Abusually FM.

'We are pleading with His Royal Majesty Otumfou Osei Tutu II to put up measures in place to end this childish acts at the club'. Kofi Wayo added.