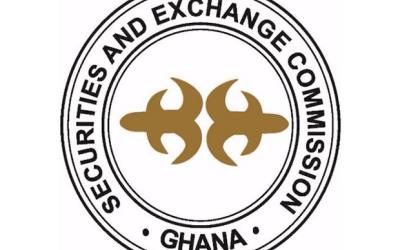 The revocation of the licences, according to the regulator, is to protect the integrity of the securities market and investors.

At a stakeholder meeting Friday before releasing a list of the affected companies, the Director-General of the SEC, Rev. Daniel Ogbarmey Tetteh, said troubled securities firms that have still not been able to address concerns raised about their operations over the years are among those affected by the action.

Twenty-one other firms were already out of business before the decision to revoke their licences was taken.

“These firms failed to inform clients about the risk that they are taking. They also failed to notify the Commission about their dealings,” said the Director-General of the SEC, Daniel Ogbarmey Tetteh, at the stakeholders’ meeting.

The SEC boss also announced that the Registrar-General will be the Receiver for an entity that will be created for the firms whose licences have been revoked.

He said the Receiver will also scrutinise the payments of funds to investors.

The firms whose licences have been revoked controlled at least 56,000 investors, Mr Ogbarmey Tetteh revealed.

“These actions were taken pursuant to Section 122 (2) (b) of the Securities Industry Act, 2016 (Act 929 or “the Act”) which authorises the Securities and Exchange Commission to revoke the licence of a market operator under any of the following circumstances:

(b) It ceases to carry on the business for which it was licensed;

(c) If the Commission has reason to believe that the licensed body or any of its directors or employees has not performed its functions or the functions of directors efficiently, honestly and fairly;

(d) If the licensed body contravenes or fails to comply with a condition or restriction applicable in respect of the license or any other provision of  Act 929; and

(e) If the licensed person fails to commence business within 6 months of being granted a licence,” the SEC said in a statement.

Read the SEC’s full statement on the revocation below.