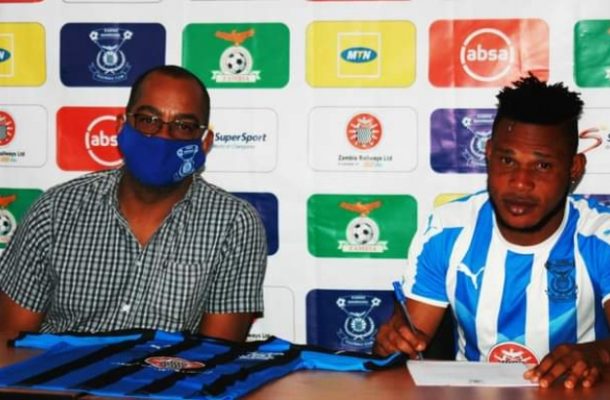 In a statement made released, Kabwe Warriors Chairman Hayden Dingwall said the club is excited to make new additions to the squad. Dingwall says he is confident Bakai Bless will perform much better this coming season.

He adds that the team performed well last season and is of the belief the club could have finished in a much higher place had the league continued.

“We are happy with our new signing Bless. We are also glad our team is relatively intact from last year. So we are basically signing to strengthen the team. I am sure we will perform much better this coming season. We performed well last season, but unfortunately, the Covid-19 stopped the League but I am sure we could have finished in a much higher place,” he said.

Kabwe Warriors Coach Levy Chabala reveals that the aim of the team this season is to finish in a higher position. Bakai Bless joins Warriors from KYSA on a permanent deal and becomes the first signing of the window.

“We are happy to make new signings and we are adding more. We want to finish in the top four next season,” Chabala said.

The Ghanaian striker played for Hearts of Oak until he was released in 2019 for poor form.