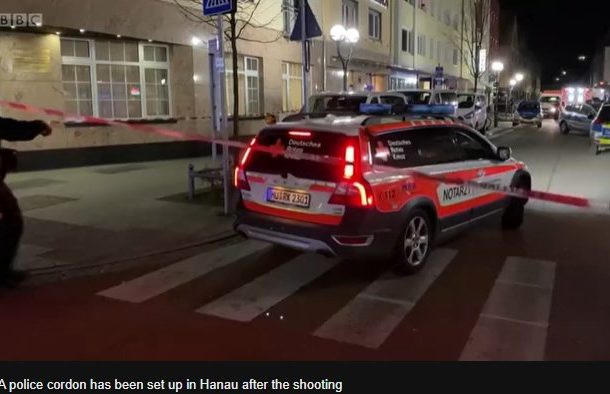 Eight people were killed and five others injured after an unknown attacker opened fire on a shisha bar in the city, according to the reports.

There are also reports of a second shooting at another shisha bar, in Hanau's Kesselstadt neighbourhood.

Officials say the suspects fled the scene and are currently at large, Bild newspaper says.

Hanau, in the state of Hessen, is about 25km (15 miles) east of Frankfurt.

The motive for the attack is unclear.