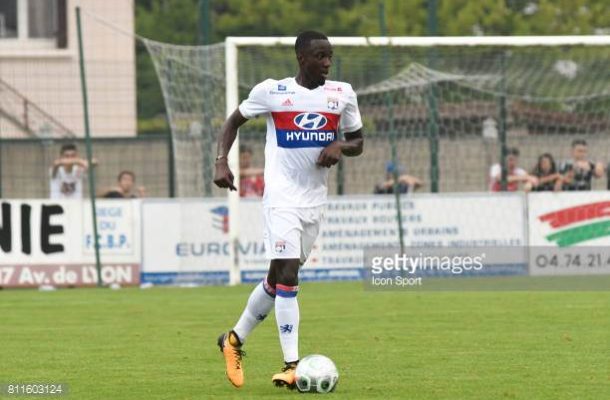 Spanish LaLiga side Sevilla FC must pay 20m euro fee to get the services of  Ghana and AA Gent midfielder Elisha Owusu this summer, according to report by Fichajes

The 22-year-old Ghanaian midfielder  remains a top target for Los Palanganas, having had spectacular season in the Belgian League.

The former Olympique Lyon enforcer was secured by the Belgian Jupiler Pro League side on a 1 million Euros last season in a contract that will run until 2023.

However, his outstanding performance in the Europa and Pro League last term has triggered a keen interest from the Estadio Ramon Sanchez Pizjuan Stadium outfit and are eager to lure his services in the ongoing transfer window.

A report by Spanish news outlet Fichajes, has claimed that AA Gent will demand an amount of €15 to €20m for the services of their dependable midfielder even though they want to keep him beyond this summer.

The Montreuil-born of Ghanaian parentage made 27 league appearances last season for Gent in the Belgian Pro League.

His price tag is pegged at 6million Euros per transfermarket.

Ghana is still pursuing the former FC Sochaux man at the international stage.