SexForGrades: Yvonne Nelson is trending on Twitter; Here's why 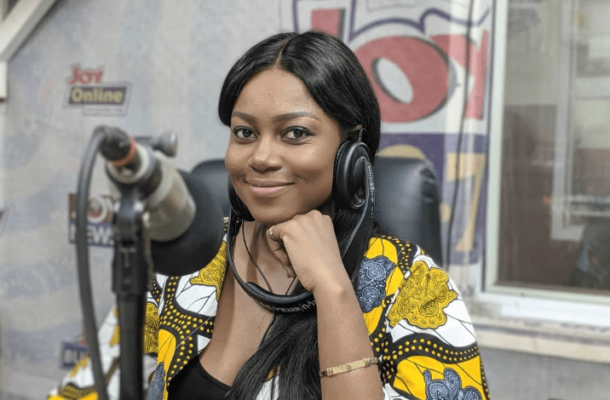 Sultry Ghanaian actress, Yvonne Nelson has been trending on microblogging site Twitter for hours over comments she made on BBC Africa Eye’s documentary ‘Sex For Grades’.

The stunning mother of one was heavily trolled by a section of Ghanaians she waded in on the conversation that has been going on on social media.

The 'House of Gold' actress took to her twitter page to condemn the culture of people asking for sex before they assist.

She also frowned on women who, according to her, have the habit of easily exposing themselves on social media and questioned if those actions will ever change.

“Sex for grades! Sex for jobs! Sex for everything in our part of the world! Your brains don't matter here. It’s the covered parts they want, oh wait, these parts arent covered anymore... it's free on social media. Will, it ever change??,” Yvonne Nelson wrote.

However, her comments especially the section about nudity on social media has not been received well by Twitter users.

When U see men fall,Don't laugh, Learn because U are on Ur way up & the things that tempt people to fall, U are not free from that#Sexforgrades Yvonne Nelson good evening. pic.twitter.com/QI95QzWrXY
— Emmanuel Ashitey (@AshiteyE) October 8, 2019

Yvonne Nelson is that you? You cover your body on social Media too? You doing the exact same thing but blaming others. Smh pic.twitter.com/Oyltmhzu8A
— Evans Ne-Yo?? (@Evans_NeYo) October 8, 2019

I’m wondering how Yvonne Nelson thought his made sense cause If we are staying on topic, When Kemi went to see Boniface, she was fully clothed but he still harassed her. When is it gonna sink in that what you wear isn’t a determinant for assault & rape. This is victim blaming https://t.co/wh7tv2F0o8
— ebele. (@ebelee_) October 8, 2019

I'm thankful for having friends I am accountable to, so that if my brain is starved of oxygen and I post something genuinely, incredibly stupid on the internet, I have people to tell me "bro, please stop."
— David Hundeyin (@DavidHundeyin) October 8, 2019

Yvonne you really be gyimigyimi. Instead of lending your voice to the oppressed as someone with influence, you just tweeted like you're Nungua Yvonne Nelson.
— The Ghana Man (@TheGhanaMan) October 8, 2019

Yvonne Nelson. Youuu that ties towels in your movies and take them off is trying to slut shame?? Like you literally do things our society deems as "immoral"

You're here performing for the same men that wouldn't even batte an eye in calling you an "ashawo" in seconds.

Yvonne Nelson
We forgave you for the bleaching, for that Nigerian Ashawo boy, for the white man and other controversies... But this one!
Lemme leave you to Twitter.. Let them drag you to hell ???
— Manuel (@MannyFrimps) October 8, 2019

Yvonne Nelson talking about nudity on social media and its relation to sexual harassment in universities will never not crack me up... ?????? Like You??????!!! I personally hate to see it
— moko bi (@AkuabaFame) October 8, 2019

See right here this girl is dressed.
I just wanted to show Yvonne nelson and others who feel it's cause of the way the students are dressed.#sexforgrades isn't about dressing, it's about power.
Victim blaming is inconsiderate and shameful.
Blame the predator not the prey pic.twitter.com/hMY30QvKbG
— Ofe (@Orfair1) October 8, 2019

Yvonne Nelson is confusing me oo. Is that not her in left? She might be saying the truth but as falz said, we have to tackle the messager and forget the message. #Coldroomexperience pic.twitter.com/9QpM136NyC
— Benjamin (@Jamie_hov) October 8, 2019