Sharks-Medeama clash: “Nobody laid a finger on referee Liman”- Nduom 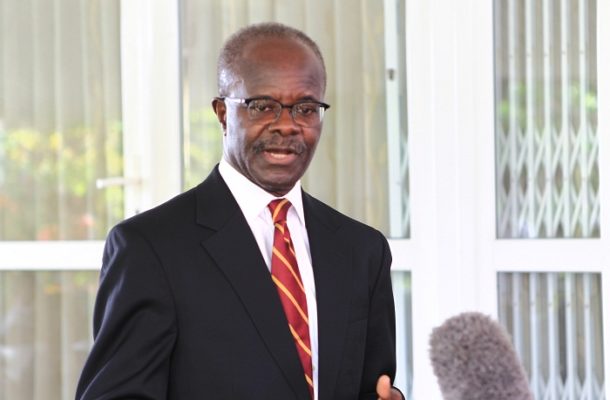 The matchday eight clash between Sharks and Medeama on Wednesday ended abruptly when Medeama players walked off the pitch and refused to play the second half.

It is yet unclear as to what really happened, according to the media reportage, the match official was injured by the home supporters.

However, Dr. Nduom who was at the stadium yesterday has taken to his Facebook page to deny any involvement of his team’s supporters.

”Nobody laid a finger on the referee”

He further explained that referee tripped and fell while being escorted by the Police during half time.

“The Fearsome Elmina Sharks Versus Medeama

1. How come the second half of the match was not played? Because Medeama refused to play the second half citing too long of a delay in getting the second half started.
2. Were the referees on the field ready to officiate the second half? Yes.
3. Did Elmina/home team supporters pounce on the referee and beat him badly enough for him to sustain injuries? No. Nobody laid a finger on the referee.
4. How did the referee get injured? It appears that as he was being escorted off the field by the police during half time, he tripped, fell and injured himself. As there were police personnel around plus video recording, the truth will be found soon enough.
5. Why are media reports alleging that the referee was beaten by Sharks supporters and that led to the stoppage of the match? Those filing those reports were obviously not there.
6. Was I there at the stadium? Yes. I was there and involved as I always do when I am present at the stadium in making sure that our supporters do not misbehave. I went to the Medeama locker room, talked to the match officials and the security people to assure them of our good will.
7. Was there a problem on the field of play during the first half? Yes. A fight broke out between some Sharks and Medeama players getting to the end of the first half. The match was getting out of hand. So this is what led to the referee being escorted off the field at half time.

Also, this match was recorded. So it would be easy to find out what happened. The GPL will thrive if we work with facts”