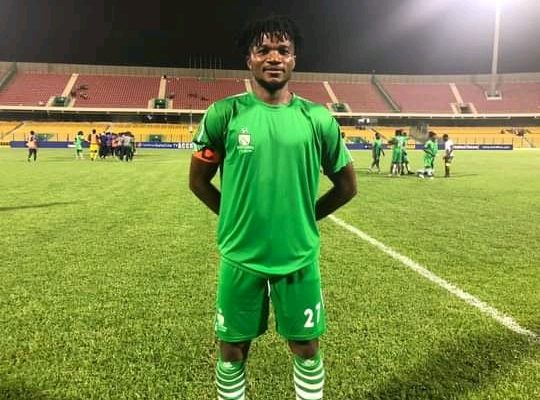 Elmina Sharks skipper Ishmael Hammond was voted Man of the Match in the opening game for the 2021/22 Premier League season against League debutant Accra Lions at the Accra Sports Stadium.

The Central Defender was splendid in Friday night's  game in which the Lions and Sharks settled for 1-1 draw.

Leading his team from the Central Region to begin a new adventure, it was Hammond who curtailed most of the Lions attack.

Sharks managed to score first in the game through Micheal Sarpong, but lions roared late to grab a draw.

Elmina Sharks survived a relegation scare last season but are looking poised for thriller the season.