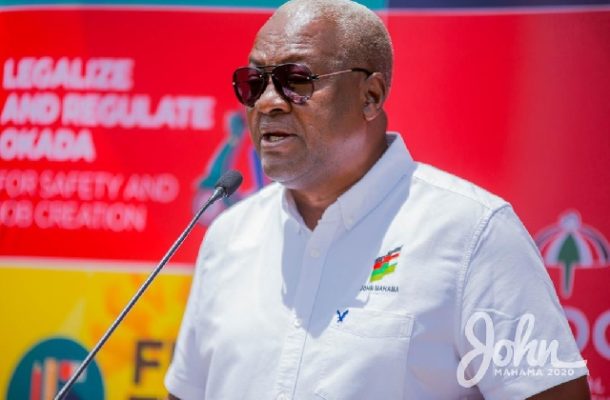 Somalia has formally written to the African Union to stall its decision to send former Ghana President John Dramani Mahama to the country as the AU High Representative for Somalia in an effort to mediate the political impasse in the country.

In a letter dated Sunday, May 9, 2021, Somalia’s Foreign Minister Mohamed Abdirizak Mohamud outlined the reasons for the withdrawal of support for the AU representative.

First of all, he said the process to find an amicable solution to the impasse in the East African country started way back in September, 2020 with the Prime Minister leading efforts to finalize political agreement.

He added that the parties had even reached an agreement to meet on Thursday, May 20.

“It’s my concern, introducing envoy in to the process now will only confuse the present amicable arrangements and at worse risk the politicisation of the process further than necessary.”

Secondly, the Foreign Minister doubts Mr Mahama’s impartiality and competence to handle the mediation talks given his “extensive link” with Kenya’s government, which is being accused of supporting one of the parties.

“Secondly, given the politically sensitive nature of the task of a high representative in any case, I’m certain you will appreciate the importance of any candidate for such a post to be seen as impartial and competent without any links to the region.

“The earlier envisaged role of the high representative was all the more sensitive given the political nature of the task. Therefore, it’s indeed surprising that a candidate with an extensive link with Kenya’s leadership has been chosen by the AU to facilitate talks on a political impasse partly engineered by those the Kenyan leadership has supported.

“I hereby notify the African Union of the formal withdrawal of support by the Federal Government of Somalia for the AU High Representative of Somalia.”