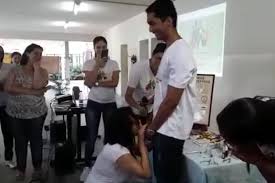 A disturbing video has gone viral and may cost a lecturer her job because of how inappropriate it is.

In the video, the female lecturer, while teaching students about safe sex, decided to demonstrate how to put a condom on with her mouth and she used one of her male students for the demonstration.

She is seen in the video getting on her knees and putting the condom on a plastic penis held by a shell-shocked male pupil as his classmates rolled around with laughter. 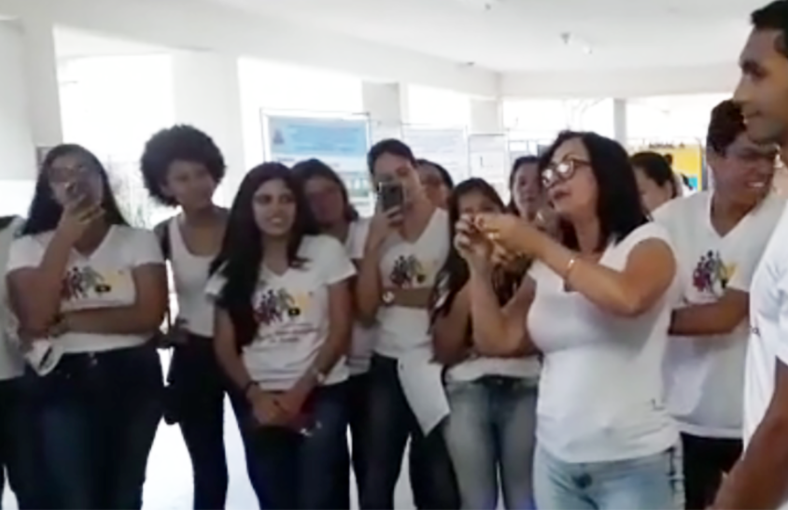 This is believed to have happened at a university in Bahia, in the north east of the South American country, but this has not been confirmed. The video has provoked outrage after it emerged in Brazil and people are calling for her to be sanctioned. 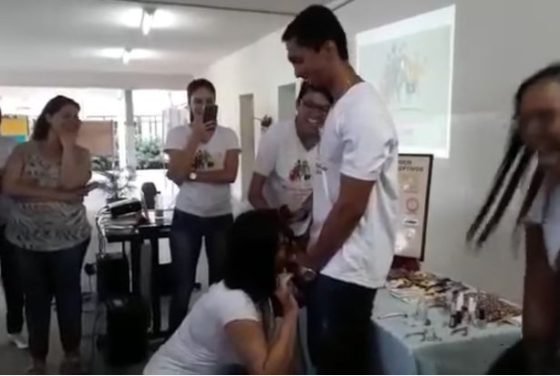 Leading Brazilian politicians have waded in to criticise what the teacher did with her students. Flavio Bolsonaro, state MP for Rio de Janeiro since 2003, tweeted as the footage started to go viral in the South American nation.

He wrote: "Should a teacher pretend she’s (performing a sex act) so she can put a condom on?"

A critic of the class added: "Only in Brazil could things like this happen. For me this is a tremendous lack of respect towards education and society. Schools and universities should be a place where subjects like maths and Portuguese are taught, not this s***."

But a local, Rafael Esteves was in support and said so on social media.

"Congratulations to that teacher. Showing the girls how not to catch sexually transmitted diseases," Rafael wrote.