SHOCKING VIDEO: 'Sakawa' boy runs mad after failing to use mother for ritual 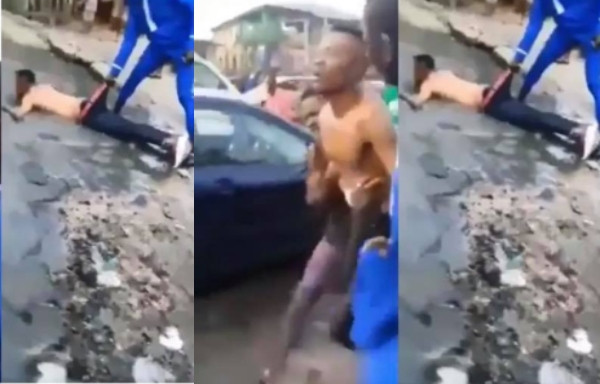 A shocking video which has emerged on social media captured the moment a "sakawa" boy (internet fraudster) identified as Junior allegedly ran mad.

Eyewitnesses stated that the young man in the video ran mad after failing to use his mother for money rituals, a claim that is yet to be confirmed.

He was heard saying in the video that he opted to use his private part, but "they" refused.

He also queried why they never asked him to use his father for the money ritual process.

Here is the viral video below;