SHOCKING VIDEO: Uber Driver assaults female passenger with a whip for questioning him 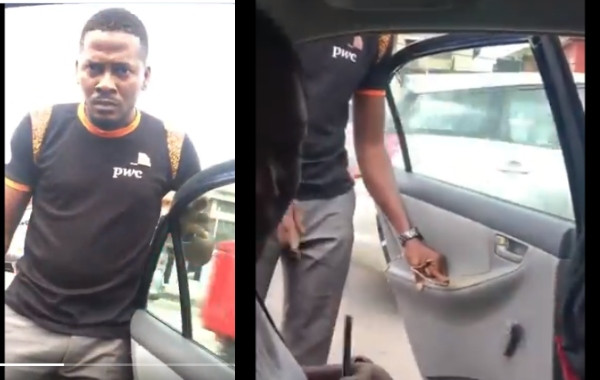 An Uber driver was spotted in a viral video assaulting a female passenger with a whip for allegedly questioning him during a trip to Ikeja area of Lagos, Nigeria.

Twitter user @eziinneee said the Uber driver tried to park at a flooded area where they couldn't alight from.

However the driver who drove out from the flooded spot allegedly flared up after her friend who wasn't paying attention during the trip asked why he was "driving quite far when they already said they will walk".

He reportedly parked in the middle of the road before assaulting the female passenger with a whip and dragging her down from his car.

The Uber driver who further said that the female was useless and mannerless, threw her phone on the floor when he noticed she was making a video.

Read the tweets below; 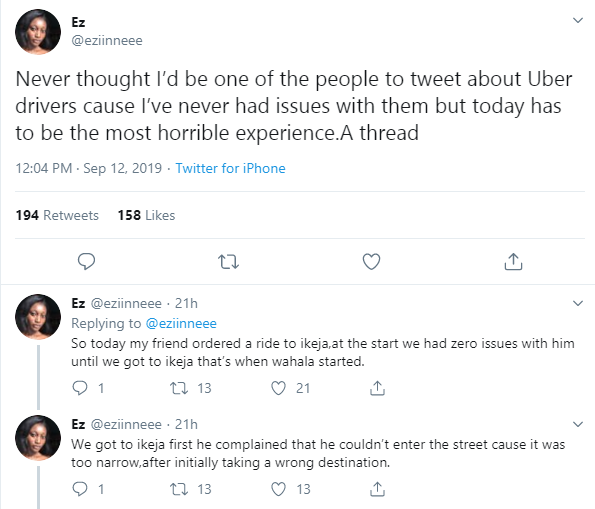 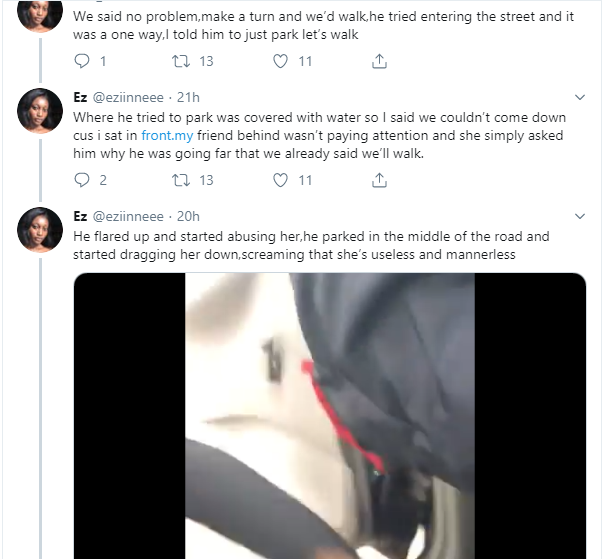 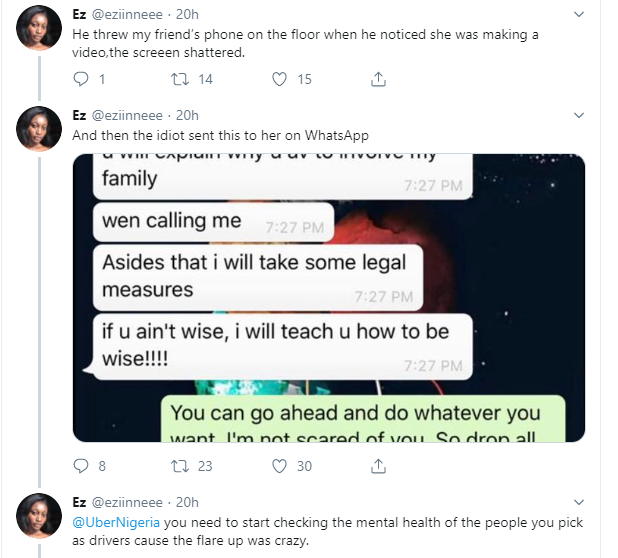 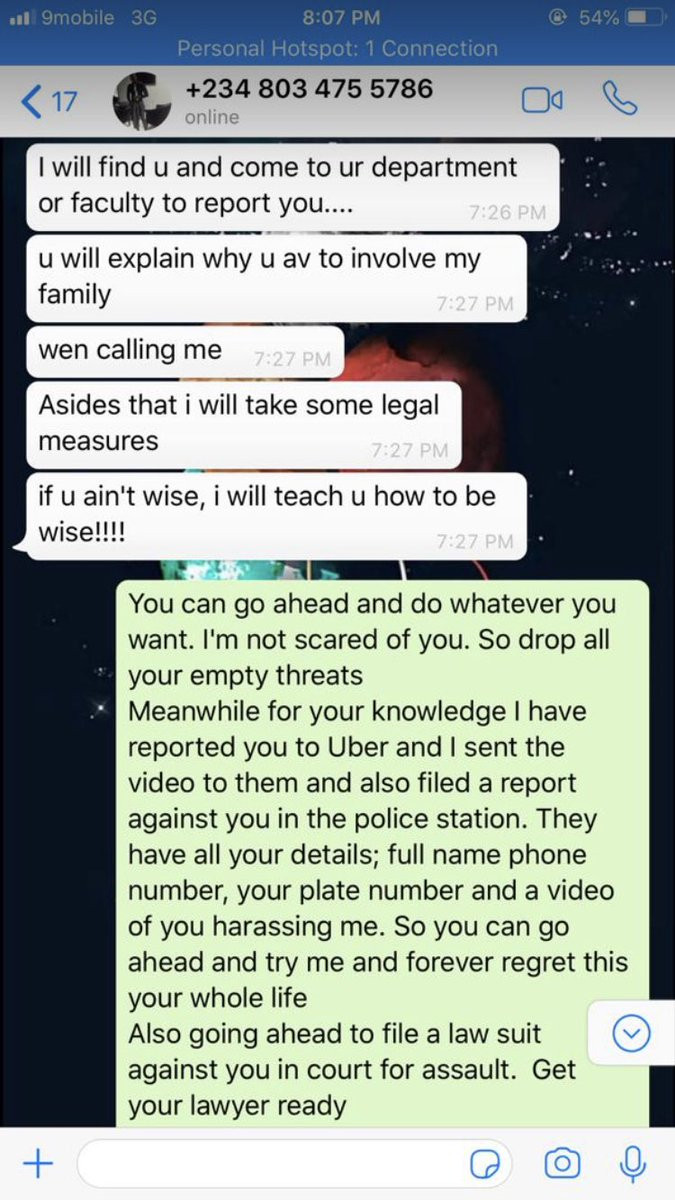