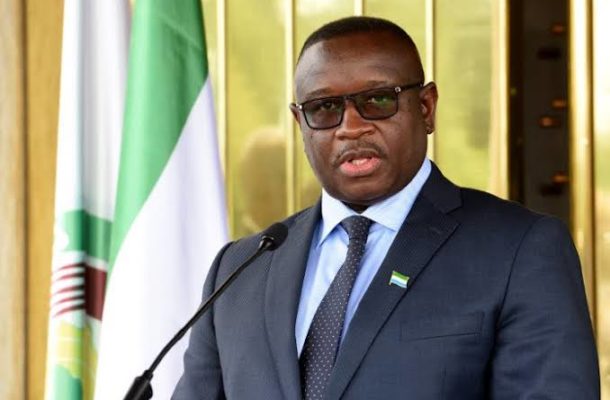 Ms Taylor-Pearce said a suspension letter addressed to the board of the state audit service noted that she and her office would be subjected to investigations.

No timelines or the scope of the investigations were given, she said.

The president’s office has not commented on the suspension.

She said the letter noted that the attorney general had been instructed to set up a tribunal to investigate her “professional performance or lack thereof”.

She has denied any wrongdoing and said she is ready to cooperate with the tribunal when it is set up.

She told the BBC that she and the audit service had always maintained the highest standards of professionalism and that she was “ready to defend my reputation anywhere, anytime”.

Her suspension has been criticised by Sierra Leoneans online and by civil society.

Ibrahim Tommy of the Centre for Accountability and Rule of Law said the news of suspensions was “shocking” and that most people believed “she had done a good job”.

She has been at the helm at of the audit service for a decade and her reports have been hard-hitting against the current and previous administrations.