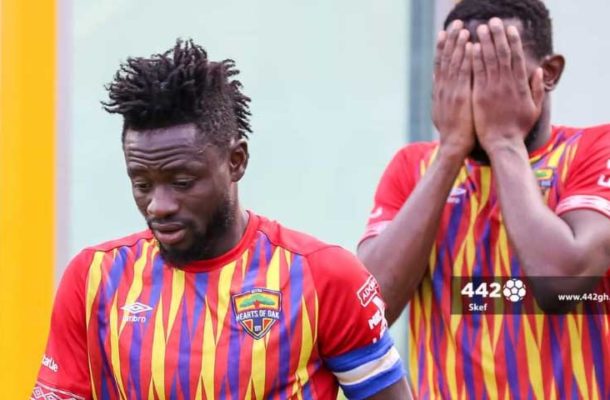 Hearts of Oak captain Fatawu Mohammed says that he is unperturbed that he was sat on the bench for the majority of the 2021/22 football season.

He says that sitting on the bench does not mean one is a bad player but substitutes are always needed to change games.

According to him when he plays, others sit on the bench so this should not be an issue of concern at all.

He added that all he needs to do now is to work hard so that he can get much more starts when the new season begins.

“All I need to do is work extra hard to start in games. So I had no problems sitting on the bench at all, Fatawu can’t play always, so I’m good.”

Hearts of Oak started the season poorly and missed out of the top four whiles also suffering an early exit from the CAF Champions League.

The phobians managed to win the MTN FA Cup after beating Bechem United and will play in the CAF Confederations Cup next season.