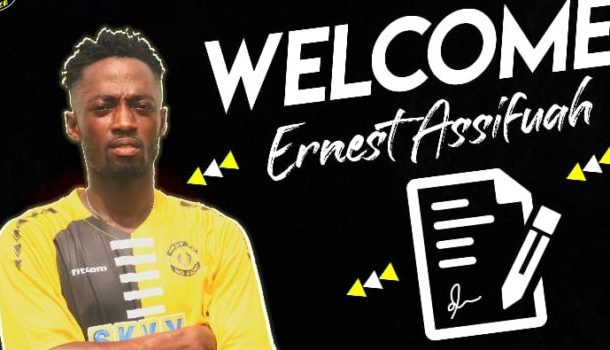 The young playmaker joins the Western Regional based side on a three-year deal after successfully passing mandatory medical examination on Thursday.

His acquisition was announced via the club's official website on Friday afternoon.

Assifuah, born and bred in Daboase is an offensive midfielder with extraordinary dribbling skills and a knack for splitting open defenses with enviable flair and trickery.

His addition is to beef up an already talented pool of players as the Eagles plots to conquer their Zone in the National Division One league.

Assifuah becomes the fourth major signing made by the club during the activation of the last transfer window.