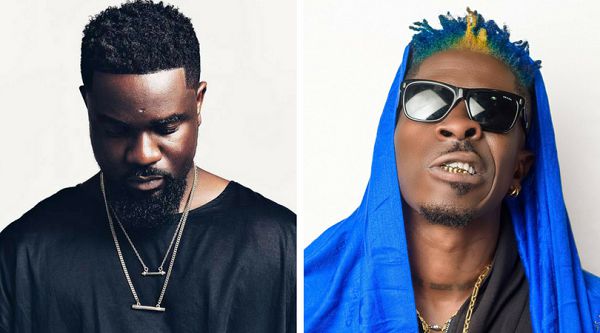 Social media has been buzzing ever since the news of Shatta Wale's feature with pop queen, Beyonce dropped.

The news, which hit Ghanaians unexpectedly, has got the dancehall artiste trending at number one in Ghana and number eight worldwide.

While many are congratulating Shatta Wale for a major feat in his career, others have resorted to pick on multiple award winning rapper Sarkodie.

Sarkodie who is arguably Ghana's biggest music export of his generation is being mocked for not being featured by Beyonce in a project that has most of Africa's biggest names in music.

He is the only Ghanaian on the list of 10 African artistes.

It also has a Cameroonian and two South Africans.

While many of the trolls referred to Sarkodie as 'Kabutey' to mock, some boldly mentioned his name.

See some comments below:

Lmao I hope Sark isn't doing all that ahohyehy3 for a collab with Beyonce so he can shout "huh" and talk about how he used to walk from Tema to Tamale, right?
— Nana Yaw (@Advsei) July 16, 2019