'Soldiers have no business in Politics' - Baako 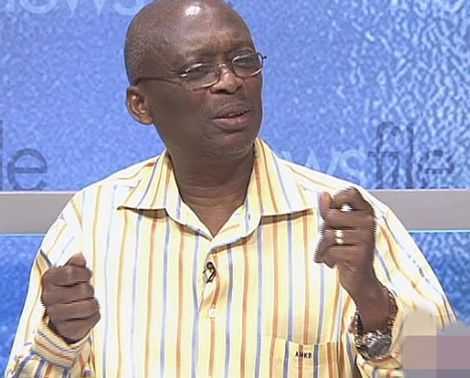 Editor-in-Chief of the New Crusading Guide newspaper, Abdul Malik Kweku Baako Jnr., has warned the military not to ever hatch the idea of "disrupting the current constitution of Ghana".

With particular reference to the controversial June 4 revolution, the season journalist stressed that "soldiers had no business being in politics".

He was commenting on the 40th anniversary of some military officers who were slain during the uprising.

The military officers were executed by the Armed Forces Revolutionary Council (AFRC) under the leadership of then Flt Lt. Jerry John Rawlings in 1979 for acts of corruption.

Families of the Senior Military officers who were executed during the June 4th 1979 revolution held a memorial service on Thursday, June 27, at the St. Catherine’s Catholic Church in Burma Camp, to mark 40th Anniversary.

The three army Generals were lined up at the Teshie Military shooting range and shot for corruption, after Flt. Lt. Jerry John Rawlings, now founder of the National Democratic Congress (NDC) had led a bloody coup against General W.F.A Akuffo junta on June 4th 1979.

Kweku Baako, who was speaking on Peace FM morning show 'Kokrokoo', said though the ideals underpining the revolt were laudable, former President Rawlings "murdered" it and taking away "June 4's validity and clarity".

"However noble their intentions were... he knew he had committed a crime; high treason; punishable by death...the very moment the army intervened in politics, they sowed the seeds of a counter-coup....we knew Rawlings was going to be the problem...he murdered June 4; he took away June 4's validity and clarity...that is an irreconcilable stand I have on Mr. Rawlings and for that 31 Dec coup d'etat and the by-product which is the NDC...the soldiers had no business being in politics. Let no soldier ever dream of disrupting this constitution," he said.

The June 4th Revolution was an uprising in Ghana in 1979

It was sparked when the then-military government of the Supreme Military Council (SMC II) of General F. K. Akuffo put then-flight Lieutenant Jerry John Rawlings on public trial for attempting to overthrow the government on 15 May 1979. This happened because Mr Rawlings was a junior soldier in the Ghanaian army, who, with other soldiers, had not received their salaries.

Mr Rawlings turned the trial against the government by accusing it of massive corruption and requesting that his fellow accused be set free as he was solely responsible for the mutiny. He was incarcerated for sentencing. His diatribe resonated with the entire nation as there was massive suffering.

In the night of 3 June 1979, junior military officers including Major Boakye Djan broke into the jail where Mr Rawlings was being held and freed him, and ostensibly marched him to the national radio station to make an announcement. The first time the public heard from Mr Rawlings was a statement that he, Mr Rawlings, had been released by the junior officers and that he was under their command. He requested all soldiers to meet with them at the Nicholson Stadium in Burma Camp in Accra.

The entire nation went up in uproar. The soldiers rounded up senior military officers including three former heads of state, General F. K. Akuffo, Ignatius Kutu Acheampong and Afrifa for trial. They were subsequently executed by firing squad.

Mr Rawlings was appointed the head of the Armed Forces Revolutionary Council (AFRC) by the revolting junior military officers to run the country until the ongoing election was completed.

Mr Rawlings handed over power to Dr Hilla Limann in September 1979 but he again overthrew Dr Limann on 31 December 1981.