Solskjaer’s honeymoon period is over - will there be a wedding? 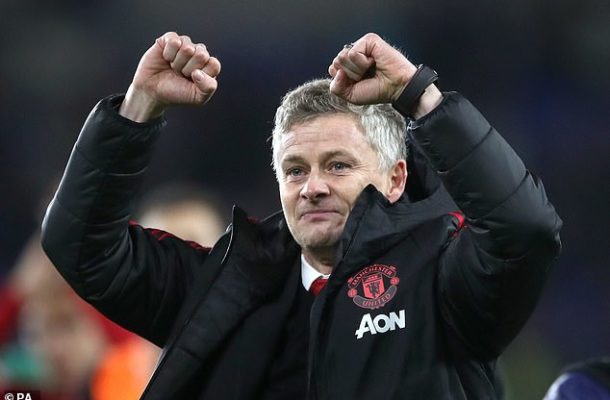 Unfortunately, the so-called “honeymoon period” for Manchester United’s interim manager, Ole Gunnar Solskjaer, is now well and truly over as the Red Devils slipped up again, losing 2-1 to Wolverhampton Wanderers at Molineux.

After taking over the helm at Old Trafford, Solskjaer (albeit on a temporary footing following the exit of Jose Mourinho) guided United to 12 undefeated matches in the Premiership, winning 10 and drawing two.

Although they lost in their first leg Champions League match against PSG, they recovered by winning the second leg at Old Trafford by 3-1 and progressed through to the quarterfinals.

Even though knocking PSG out of the tournament was a huge achievement itself, according to a recent interview with Manchester City’s Joleon Lescott, this feat is believed to clear the way for City to win the tournament and surprisingly, not for United.

His opinion seems to be convincing as their last two matches (the Premiership fixture against Arsenal at the Emirates and FA Cup quarter-final against Wolves) ended in defeat for United. Ultimately, it does beg the question as to whether "the Solsjkaer bubble" has now finally burst.

Juan Mata, Manchester United’s Spanish midfielder, voiced the fears that many people carry when he said that the team will now be severely tested in terms of their personality and spirit after their new back to back defeats under their caretaker manager.

It is the first serious brake to be applied to the “Solskjaer for permanent manager" bandwagon and the next couple of games will be truly vital.

With the international break now upon us, United’s next Premiership match will be on the 30th of March when they host Watford at Old Trafford. Next, they will face Wolves again and this time in the Premier League at Molineux (which could potentially be a revenge game) before facing their first of two games against Barcelona in the Champions League.

Although Barcelona is undoubtedly a tough opponent, Juan Mata blogged that every single one of Manchester United’s players will be wanting to win and demand the very best from themselves, which gives them a fighting chance against one of the best teams in the world.

Hopefully, the trip to Camp Nou will bring back joyous memories of the Red Devils' triumph in 1999 in which they overcame Bayern Munich in the dying seconds of the final of the UEFA Champions League.

Ole Gunnar Solskjaer was not only in the team that night, but he managed to score the winning goal just minutes after Teddy Sheringham had pulled United level. The Red Devils will be hoping to do justice to those great memories and confidently put on a good show.

Eventually, getting themselves back on track is going to be absolutely necessary - not only for Solskjaer and his future prospects at Old Trafford, but also for the team who will otherwise be left out in the cold without any titles or hopes of qualifying for next season’s Champions League tournament.

With Solskjaer’s honeymoon period as caretaker manager now firmly behind him, there could be a "wedding" in the planning. According to one of the heroes of the infamous night in 1999 at the Camp Nou, Teddy Sheringham believes that the Norwegian has already been offered the managers slot on a permanent basis.

This would certainly reward him for what he has achieved for United so far.