Some 40 People Injured in Japan Due to Typhoon Haishen - Reports 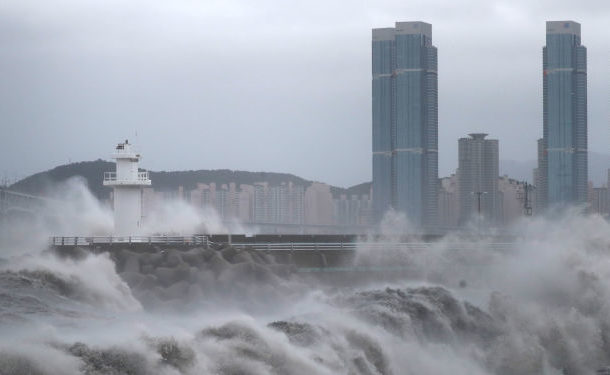 TOKYO (Sputnik) - The Haishen typhoon, which has been raging across northeast Asia since the weekend, has left around 40 people injured in Japan, Japanese news agency Kyodo reported on Monday.

According to the report, more than 8.5 million people were either recommended or ordered to evacuate and seek shelter due to the threat of floods and landslides associated with the typhoon.
As reported by Japan's NHK broadcaster, high winds have inflicted significant damage to electricity lines, causing blackouts in more than 411,000 households. The railroad traffic was reportedly disrupted and 579 flights canceled due to the typhoon.

Haishen made a landfall in Japan on Sunday, less than a week since the country shook to another powerful typhoon, Maysak. The latter one left around 20 people injured in Japan.