Some gospel presenters are cursed - Daakyehene reveals why 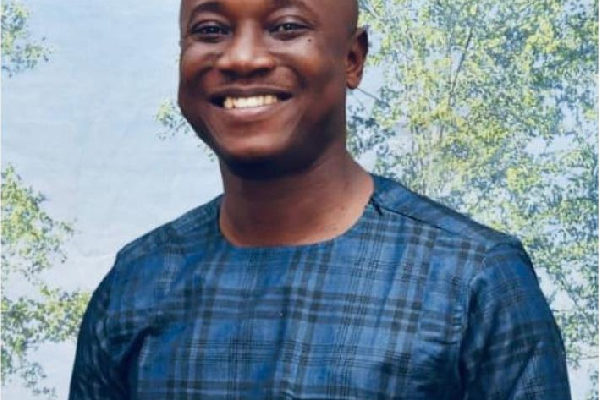 Gospel Musician and a broadcast journalist, Daakyehene Ofosu Agyeman, has disclosed that many gospel presenters are attracting curses for themselves unknowingly.

According to him, presenters who focus on promoting gospel music must see their work as a calling from God and do it deligently in truth.

“You know the Bible admonishes that curse be to anyone who does the work of God haphazardly. So in effect those preaching, singing, and presenting the gospel must all be careful in their line of duty so as not to attract curses from God,” he said in an interview on Heaven’s Train on Power FM.

“You cannot just toy with something that is attached with God’s name and word. You shouldn’t demand for favours before promoting gospel music and go free,” added Daakyehene who was being interviewed by host Godfred Darkwah Jnr (Man Godey) on Power Fm as part of promoting his latest single dubbed ‘Divine Selection’.

Daakyehene quoted Jeremiah 48:10 “Cursed be the one who does the LORD’S work negligently,” to support his argument. “You see that scripture, many Gospel presenters don’t understand it and they always think about ‘pay before play’ policy meanwhile it is part of promoting God’s work.”

He went further and said many Gospel presenters as they are known in the entertainment industry lacked some essential things in life because of the curses they have incurred, adding that it’s mostly because they mess with God’s work.

“The unfortunate part in this industry is when you hear a presenter had downloaded a foreign song to play on air but refuses to help his or her fellow Ghanaian gospel musician” he lamented.

Daakyehene is promoting his single track Divine Selection featuring Brother Sammy which is receiving massive airplay in the national capital. However, he believes most Ghanaians in the gospel music industry are endowed such that they will be successful and be competing with their African counterparts on global platforms if they are supported by gospel presenters.

Meanwhile, Fred Kyei Mensah, an entertainment pundit and owner of Fredima studio, has described the Divine Selection song as a better creative piece and added that jargon, Divine Selevtion, can easily be remembered by all who listen to the track.

“Divine Selection is an everyday language, and Daakyehene is noted for simple lyrics but powerful message. Good tempo and Nicely composed. Simple lyrics expressed in English and Twi.” Fredima said last month when he first reviewed the song.

The song is a mid tempo Afro Gospel with live Saxophone accompaniment that attracts one to the dancing floor.

The single track was recorded by Isaac Kwaku Duah of Disaab Groove Studio in Accra with live instrumentations by different seasoned experience instrumentalists.

Daakyehene who also doubles as the Head of News at Power FM already has three (3) albums to his credit and is preparing to release his fourth album soon.