Some old players decided to sabotage me - Nii Odartey Lamptey 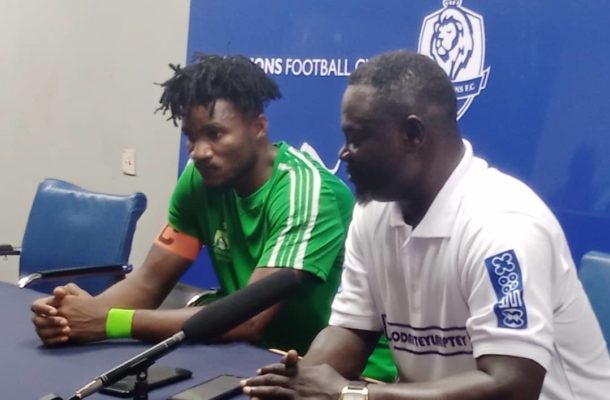 Head coach of Ghana Premier League side Elmina Sharks, Nii Odartey Lamptey has departed the club with immediate effect as he says some old players at the club are sabotaging his work because they are not getting playing time.

The former Ghana youth star announced his resignation onMonday during an interview with Accra based Angel TV.

Sharks were handed a 3-1 defeat at the hands of Techiman Eleven Wonders on Sunday in their match day five clash prompting the former Anderlecht star to call it a day.

“Some of the old players decided to sabotage me because they were not getting playing time” he told Ahomka FM.

He is the fourth coach to have left his role after Ernest Thompson was sacked by Ashgold while Ignatius Osei-Fosu was also shown the exit by Medeama and Berekum Chelsea also sacked coach Abdul Hanan.

Odartey Lamptey who took over the club last season from Yaw Acheampong and helped them beat relegation has tendered in his resignation to the management of the club.

After five matches this season his side have three defeats a draw and a sloitary win but has now decided to throw in the towel.