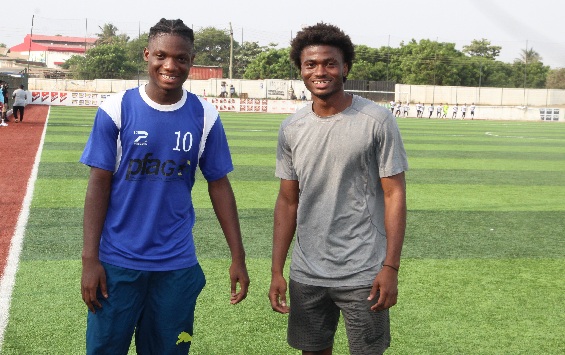 It is rare in our local game to see sons of famous former footballers walk in the footsteps of their fathers but Great Olympics have managed to secure  the signatures of the children of former Black Star player Stephen Appiah and Laryea Kingson.

The wonder club have managed to sign onto their books Jacob Kingson,23 years, son of former player Laryea Kingson and Rodney Appiah son of former Hearts and Black Stars captain Stephen Appiah ahead of the start of the second round.

The duo have been listed in Great Olympic's list of registered players for the second round having joined the club during the last transfer window.

Great Olympics acquired the duo from lower tier side KingStep FC a club owned by the former Black Star players.

The news was confirmed by the Chief Executive Officer of KingStep FC, Henry Quarshie, who says the two players were on trials at he Premier League side and excelled with their performance hence the contract.

“It is a good step in their career because they will have the opportunity to play in the Ghanaian top-flight,” said Quarshie.

“I know they will excel in the top flight and I wish them the very best in their future endeavours. They have really distinguished themselves in the period that they have been here.”

The wonder club have been a revelation this season scoring both Kotoko and Hearts and coming second after the first round.