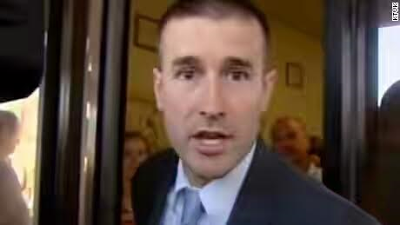 Stephen Anderson, an American pastor who made headlines after controversially praising the Orlando attacks at a gay club in June has been banned from entering South Africa along with his associates.

South Africa's home affairs minister said after consultation with leaders of the nation's lesbian, gay, bisexual and transgender communities, he decided Anderson is not welcome there.  Anderson had intended to visit South Africa this week, until he learned of the news.  Americans traveling to South Africa don't need visas as part of a waiver program. Despite the program, the pastor and his associates will not be allowed into the nation.

"I have identified Steven Anderson and members and/or associates of his church as undesirable persons. I have withdrawn their visa exemption status, enjoyed by all Americans ... on the basis that I am certain they promote hate speech as well as advocate social violence."

South Africa is the first African country to impose a constitutional ban on discrimination based on sexual orientation.

Anderson who leads the Faithful Word Baptist Church in Tempe, Arizona said in a message on Facebook and YouTube, Anderson that he's aware of the ban and is "sorry for people who live in South Africa."

He said he's moving on to his next destination: Botswana.

"Stand by for reports of multitudes saved in Botswana, where religious freedom still exists," he posted.