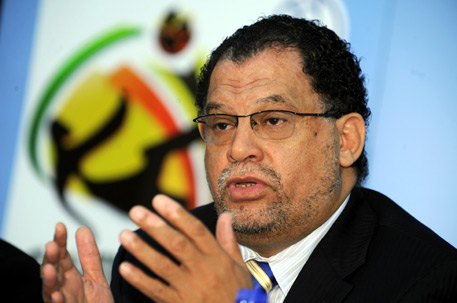 The South African Football Association has delayed announcing its decision on which 2026 World Cup bid it is backing, with president Danny Jordaan citing a pending discussion with Sports Minister Tokozile Xasa.

Both Morocco and the United States’ joint bid with Canada and Mexico have visited South Africa to lobby for votes ahead of the verdict by Fifa on who will host the World Cup in eight years’ time.

Fifa’s member associations, including Safa, will vote in Russia on the eve of the World Cup there on June 13.

It was only last month that Xasa made it clear that the country would not be supporting Morocco because of the strained ties since the North Africans withdrew their ambassador from Pretoria in 2004 when SA recognised the independence of the Saharawi Arab Democratic Republic also known as the Western Sahara.

But Jordaan has insisted that it’s not as simple as that.

“We will meet to finalise our position within this week before we have to fly out to Moscow on Saturday,” Jordaan said. “That will then be conveyed to CAF and then exercised in the Fifa congress in Moscow.

"We have given all the information to the council members (Safa national executive committee). They have looked at both bids and they have expressed their views on the matter. We will now sit down with the minister and also listen to the view of the government.

"And there are many other stakeholders (involved), it’s not just a simple matter. Ours is to consult broadly and know that we have not just carried the mandate of football, but of the country.”

Jordaan said Safa’s decision on which bid to support will be informed by what takes football forward, development legacy, the relationship on the continent and outside of it.

“But we also have to consider the economic and political environment in which the World Cup is located. What the Minister has said in the past is not a headache for me, that is why we said we are going to sit down and discuss,” he explained.

“The person that will go into the ballot box is a Safa representative. So we have to convey the sentiments of Safa and the understanding of our council members. I am sure we will resolve this matter.”

While the pot on the 2026 bid is still being stirred, Safa did manage to confirm its first ever woman vice president when veteran football administrator Ria Ledwaba received an overwhelming number of votes to claim that position.

Xolile Nkompela and Gay Mokoena are the other two deputies, with Elvis Shishana and Lucas Nhlapho losing their influence in the NEC.

“What you see emerge is that you have almost the second generation of football leaders coming through,” said Jordaan in his reaction to the assembling of the new NEC.

“Many are here for the first time. The turnover on the council members is huge across the country. We have people who can lead SA football into the future. Ria Ledwaba doesn’t need any introduction as she has her own track record.”