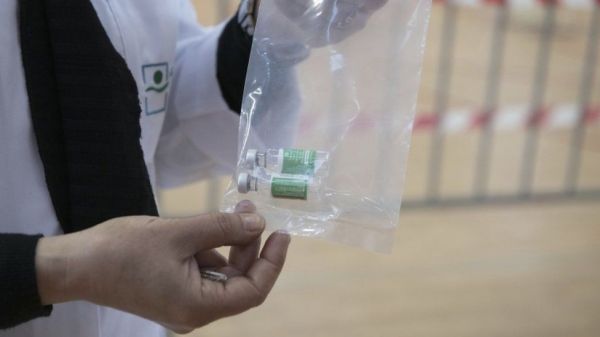 South Africa is considering swapping or selling the Oxford-AstraZeneca vaccine against coronavirus, the health minister says.

The country has one and half million doses of the AstraZeneca jab.

But plans to use it to vaccinate health workers have been put on hold after a small study suggested a "minimal" effect against the country's new variant in young people.

It now intends to use a vaccine from Johnson & Johnson instead.

"There are already some countries that are asking that we must sell it to them," South Africa's Health Minister Zweli Mkhize told a news conference on Wednesday.

"Our scientists will continue with further deliberations on the AstraZeneca vaccine use in South Africa and depending on their advice, the vaccine will be swapped before the expiry date."

He added that he was due to speak with the World Health Organization (WHO) shortly after the news conference.
The WHO's vaccine experts came out later on Wednesday to say that even countries with the South African variant of coronavirus should use the AstraZeneca vaccine.

Mr Mkhize is yet to comment since WHO's announcement.

South Africa has recorded almost 1.5 million cases of coronavirus, and 47,000 deaths - far more than anywhere else on the continent.

What was the study and what did it find?

Researchers from the University of the Witwatersrand in South Africa and the UK's Oxford University carried out the trial on around 2,000 healthy, young people with an average age of 31.

It has not yet been published or peer reviewed but a press release and a PowerPoint presentation were put together.

They found that the Oxford-AstraZeneca vaccine offered "minimal protection" against mild and moderate cases of the South Africa variant of coronavirus in that low-risk group.

This means that even in people who've been vaccinated, the virus could still spread from person to person.
But it did not look at the impact of the vaccine on severe disease from Covid because there was no-one in the study who was in a high-risk category (over 50) or had an underlying health condition.

Oxford University researchers say promising results from other trials using similar vaccines in South Africa suggest their shot should be effective at preventing severe cases - the main aim of all Covid vaccines.

South Africa now plans to give the AstraZeneca jab to a group of 100,000 older nurses and healthcare workers.
That's to see if the vaccine is effective against the new variant and in preventing severe illness in an older age group.

What do we know about the South Africa variant?

The South Africa variant carries a mutation that appears to make it more contagious or easy to spread.
However, there is no evidence that it causes more serious illness for the vast majority of people who become infected.
As with the original strain, the risk is highest for people who are elderly or have significant underlying health conditions.

Scientists say the variant accounts for 90% of new Covid cases in South Africa.

At least 20 other countries, including Austria, Japan, Kenya, Norway and the UK, have found cases of the variant.
The health minister for neighbouring Eswatini, previously known as Swaziland, said on Tuesday that it would no longer use the AstraZeneca vaccine.

The health authorities in Malawi have said they still plan to use the AstraZeneca vaccine.