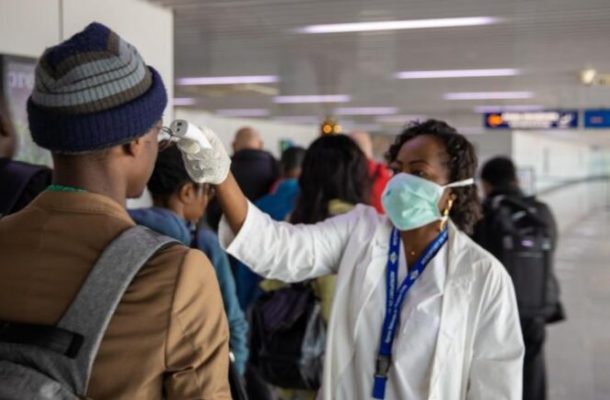 South African Health Minister, Zweli Mkhize said in a statement that the virus was detected in a male patient who travelled to Italy with his wife. The couple returned to South Africa on March 1 and the patient consulted a private practitioner two days later with symptoms of fever, headache, malaise, a sore throat and a cough and was later kept in isolation alongside the doctor.

We confirm that a suspected case of #COVID19 has tested positive. This is not as a failure but as a success of our health systems to be able to detect and rapidly identify cases. The case has been self-isolated at home since the onset of symptoms and is receiving treatment.

a 38-year-old male from KZN who travelled to Italy with his wife has tested positive for #COVID19 in SA. The patient consulted a private GP on March 3, with symptoms of fever, headache, malaise, a sore throat and a cough.

The Emergency Operating Centre (EOC) has identified the contacts by interviewing the patient and doctor. The tracer team has been deployed to KwaZulu-Natal with epidemiologists and clinicians from NICD. The doctor has been self-isolated as well. #COVID19SA

A press briefing will be held later after the parliamentary debate this evening to shed more light on this issue. This media briefing is to ensure that the public is immediately kept abreast. We call for calm, if you wish to engage with us our public number is 0800 029 999.