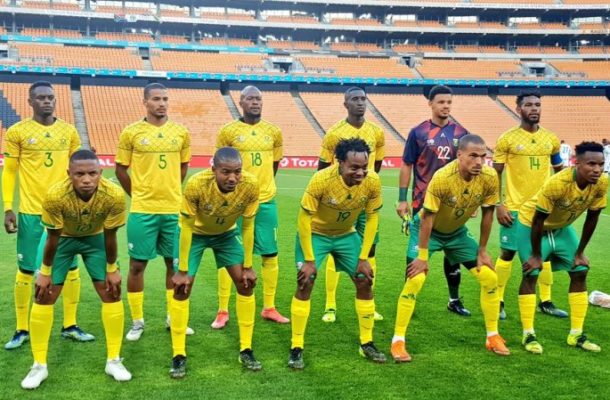 The decision on whether or not fans will be allowed inside the FNB stadium when Bafana Bafana hosts Ethiopia in their important 2022 Qatar FIFA World Cup qualifier next month is anticipated to be made early next week.

Deputy President David Mabuza and Sports Minister Nathi Mthethwa launched the government's “Return to Play — It's in Your Hands” campaign earlier this month. Fans will need to be vaccinated before they can return to match venues, according to officials.

Safa CEO Tebogo Motlanthe has stated that they would meet with Mthethwa and his team, as well as other key government players, early next week to resolve the situation.

“There will be a meeting with the minister (Mthethwa) early next week which will shed light about what is going to happen regarding fans for the match against Ethiopia at FNB Stadium. After that meeting, there will be an announcement on the way forward,” said Motlanthe.

“The minister and the deputy president (Mabuza) said the last time that there must be an assessment of the vaccine roll-out and also readiness of vaccine certificates, and these issues will be discussed in that meeting.”