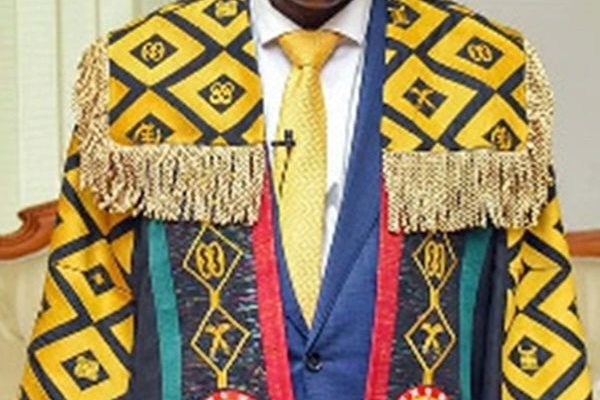 The leadership of Parliament is waiting for an official communication from the Second Deputy Speaker, Mr Andrews Asiamah Amoako, in order to resolve some outstanding issues in the House before Friday.

Although the content of the communication is still unknown, the Daily Graphic has gathered that it has to do with which side of the House Mr Amoako, who contested and won the Fomena seat as an independent candidate, wants to align and sit with.

With the New Patriotic Party (NPP) and the National Democratic Congress (NDC) having 137 parliamentary seats each, the decision of Mr Asiamah is expected to decide which of the parties will sit on the right side of the Speaker, which is usually reserved for the Majority in Parliament.

Although Mr Asiamah has, in media interviews after the election, indicated that he would align with the NPP in Parliament, the Daily Graphic understands that he is yet to officially write to the Speaker and the leadership of the house to inform them about his decision.

In an interview with the Daily Graphic after the meeting with the Speaker of Parliament, Mr Alban S.K. Bagbin, to resolve, by consensus, all contentious issues, the Leader of the NDC Caucus, Mr Haruna Iddrisu, said some of the issues that were discussed included which side would sit on the right and left sides of the Speaker and membership of the committees.

He said the Speaker and the leadership of both sides were determined to restore the honour and dignity of Parliament.

He noted that the leadership was awaiting an official communication from Mr Asiamah to resolve some of those issues.

“I am hopeful and certain that before Friday, we would have resolved all issues,” he assured.

Ahead of the swearing in of the eighth Parliament, the confusion escalated as NDC MPs took over the seats of the Majority side in Parliament.

Every attempt by the NPP to convince the NDC MPs to relocate to the left side of the House fell on deaf ears, and left with no other choice, the NPP MPs had to settle for the Minority side of the House.

Although the NDC succeeded in getting its nominee, Mr Bagbin, elected as the new Speaker of the House, the issue of who sits on the right side is still unresolved, as the House prepares to resume sitting on Friday.

Aside from the issue of which party constitutes the Majority, another issue which still remains unresolved is the composition of the various committees and which party is supposed to have more members on each of the committees.

It is against this background that the Speaker of the House decided to meet the leadership of both sides to resolve all the issues before Parliament resumes sitting.

Ugly and unprecedented occurrences took a better part of the process to elect the Speaker of the Eighth Parliament of the Fourth Republic and the swearing-in of Members of Parliament (MPs)-elect in the wee hours of Thursday, January 7, 2021.

Acts of disagreement, shoving and physical confrontation, a shouting contest between MPs-elect of the NPP and those of the NDC, ballot paper snatching and the invasion of the Chamber of Parliament by armed military and policemen to restore order dominated proceedings.

Those happenings prolonged the election of the Speaker and the swearing in of the 275 MPs-elect after the dissolution of the Seventh Parliament.

The drama began with the NPP caucus making strenuous efforts to have the Clerk to Parliament, Mr Cyril Kwabena Nsiah, prevent the MP-elect for Assin North, Mr James Gyakye Quayson, from participating in the voting process to elect the Speaker.

Other incidents included disruption in the counting of ballots when the MP-elect for Tema West, Kingsley Carlos Ahenkorah, snatched some ballot papers and attempted to flee the chamber.

He was, however, given a hot chase by the MP-elect for Asawase, Mubarak Mohammed Muntaka, and some of his colleagues.

The incident degenerated into an exchange of words and heated arguments between MPs on both sides.

Another drama played out when an NDC MP-elect pulled a swivel chair from under the NPP MP-elect for Ablekuma West, Mrs Ursula Owusu Ekuful, leading to her fall.

Later, she took solace on the laps of the NDC MP-elect for Juabeso, Mr Kwabena Mintah Akandoh.

When the marshals of Parliament could not control the disorder, a police detachment was called into the Chamber, later to be followed by heavily armed soldiers who numbered about 20.

Many have described the action by the security as unprecedented in the annals of the country’s democratic dispensation.