Speaker of Parliament Summons Police Over Harassment of Madina MP 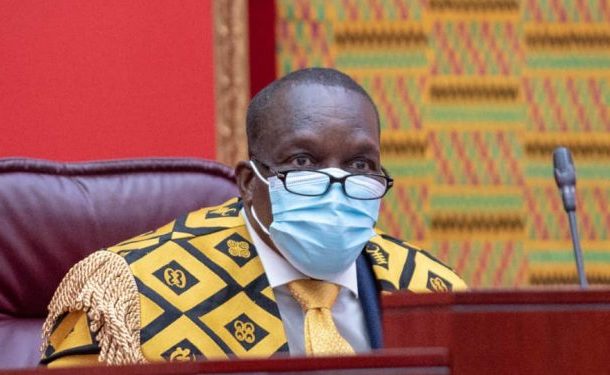 The Right Honourable Speaker of Parliament, Alban Kingsford Sumana Bagbin has summoned police officers who manhandled the Member of Parliament (MP) for Madina, Francis-Xavier Sosu, during a demonstration by his constituents over bad roads, to answer questions before the Privileges Committee.

He tasked the Committee to swiftly investigate the matter and submit its report to the plenary for a determination as to whether the police action meets the ingredients of Contempt of Parliament as spelled out in Order 31 of the Standing Orders of the House.

The Speaker described the abuse and harassment of MPs from both sides of the House as a crippling menace and abuse of the rights and privileges of Members of Parliament and called for a change in policing policy.

He said he will soon issue a comprehensive statement on brutalities meted out to MPs and vowed not to sit and allow the harassment of Members of Parliament to continue during his tenure.

The long-time legislator made these pronouncements following a statement delivered on the floor of the House by the MP for Madina Francis Xavier Sosu in which he stated that he was manhandled by police officers during a demonstration by his constituents over bad roads on Monday, 25 October 2021.

The MP stated that he led residents within the La Nkwantangang-Madina Municipality to protest over the poor road network in the area while the angry residents blocked the Ayi-Mensah, Danfa, and Otinibi stretch as part of the protest.

The renowned human rights lawyer stated that he was on parliamentary duties when he led his constituents and not only was he doing that, but served the police notice that right after the event, he was going to go to a leadership meeting in Parliament.

According to him, the roads have been awarded to contractors but all efforts to get them to fix the roads have not yielded any results, thus, the need for the demonstration.

The MP who is also the Deputy Ranking Member of the Constitutional, Legal, and Parliamentary Affairs Committee, therefore, petitioned the Speaker to cite ACP Isaac Kojo Asante, Regional Operations Commander, and ACP Eric Winful, the Adenta/Abokobi Divisional Commander of Police for contempt of Parliament concerning Article 117 of the 1992 Constitution and Order 28 of the Standing Orders of Parliament to answer questions before the Privileges Committee.

Me. Sosu reminded the House that legislators could not be arrested when in the course of parliamentary duties without due approval from Parliament and stressed that though protestors had blocked roads, there was no basis for any arrest because he had followed due process.

He vowed not to be intimidated and that as a citizen of Ghana and a voted Member of Parliament, he will not be intimidated but will always stand with his people to demand the right thing to be done.