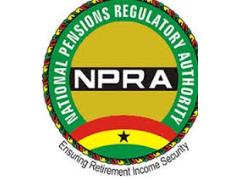 A statement signed by Mr Seth Sackey, the Public Relations Officer at the NPRA and copied to the Ghana News Agency said the workshop held in Accra brought together finance managers of corporate trustees and employer sponsored schemes.

The participants were prepared as stakeholders to complete and ensure the smooth implementation of the new templates from January 2017.

Commenting on the new template, Mr Hayford Amankwa, Investment Analyst with the NPRA said: "The reporting template was developed by the Authority in consultation with the Institute of Chartered Accountants, Ghana."

Mr Amankwa said the Authority has already met auditors of the various schemes to brief them on the new reporting template.

Mr Martin Kofi Aflo, the Standard and Compliance Manager emphasised the need for all stakeholders to adequately compliance with the NPRA Act, 2008 (Act 766) to avoid any sanctions.

Mrs Bridget Naazie, the Legal Manager at the NPRA stated that the body is welcoming any form of suggestions from stakeholders with the aim of improving its operations.