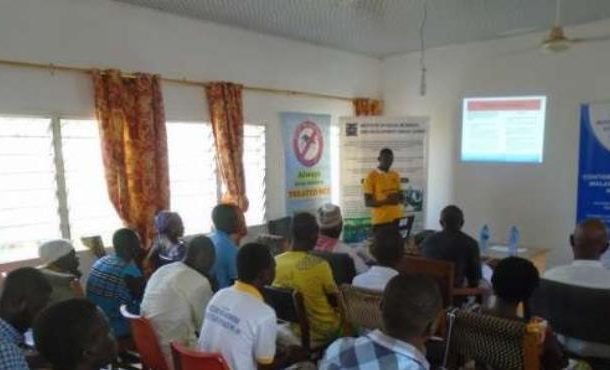 Stakeholders at separate meetings in six districts and municipal assemblies in the Upper East Region have called on the Administrator of the District Assembly Common Fund (DACF), to create separate accounts for malaria control programmes.

The stakeholders meeting in Bolgatanga, Bongo, Kassena-Nankana West and Kassena-Nankana Municipal, Talensi and the Nabdam Districts in the Upper East Region, said that the region was one of the leading regions in the country in terms of malaria infections.

The stakeholders drawn from decentralized departments of the assemblies, district health directorates, traditional and religious rulers, the security agencies and the media made the proposal when the Institute for Social Research and Development (ISRAD) - Ghana organized meetings on the 'Advocacy for Resources for Malaria Stoppage Initiative (ARMS)' Project.

The one year project is being implemented by ISRAD with funding from the UKAID in the aforementioned areas to brainstorm in mobilizing local resources to help in the fight against the malaria disease.

Advancing their argument on why there should be a separate account for malarial control, the stakeholders said as it stood now, the 0.5 per cent of the DACF were lumped with other accounts of the Assembly anytime the funds were released by the Secretariat making it difficult for most of the Assemblies to release the funds to the Ghana Health Service to help fight malaria.

Mr Abdul-Razak Issah, the Regional Coordinator of ISRAD- Ghana, said malaria had been identified as one of the major leading causes of morbidity and mortality, yet policy makers were not paying special attention to the disease.

He said as result of donor fatigue, it is becoming very difficult to mobilize enough funding to tackle the menace, hence the need to brainstorm to mobilize local resources to complement government and the GHS efforts in tackling the phenomenon.

He said the ARMS Project had the goal to contribute to the reduction of malaria in the country and also had among its objectives the intention to increase the diagnosis of malaria by treatment, increase local government funding for malaria activities and reduce malaria cases.