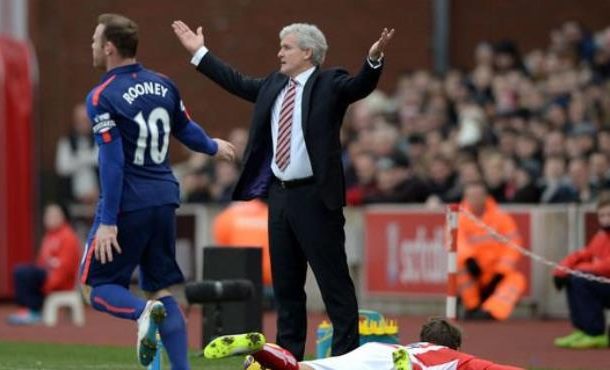 Mark Hughes believes that Jose Mourinho's current Manchester United side lack the belief of the sides the Welshman played in at Old Trafford.

Stoke travel to the Theatre of Dreams on Sunday afternoon looking for their first win of the season after a disastrous opening six games. Hughes, a two time title winner with United, is unsure as to whether the current squad of players at the club have the required attitude to be successful.

"I played in a winning Manchester United team that was challenging for titles year on year, and that team from personal experience had the mindset that they have to win every game," Hughes said at his pre-match press conference, as reported by â€‹Sky Sports.

"I'm not sure whether the current group have that feeling, but they have the talent to do that.

"They have addressed some of their failings from last year with some very big signings. You can see the club's intent in what they have done this summer.

"It is maybe a little bit of a transitional period that they are going through, but you sense that there will be a marked improvement on where they finish this season."

Hughes also had his say on the controversial role of Wayne Rooney in United's team after his unintentional assist for Zlatan Ibrahimovic in the win at Zorya Luhansk on Thursday.

"He is captain there and plays a huge role in helping new players understand the values," said Hughes. "Players like Zlatan don't need too much help in that regard - he clearly understands what he needs to do on the field. I am looking forward to coming up against him."