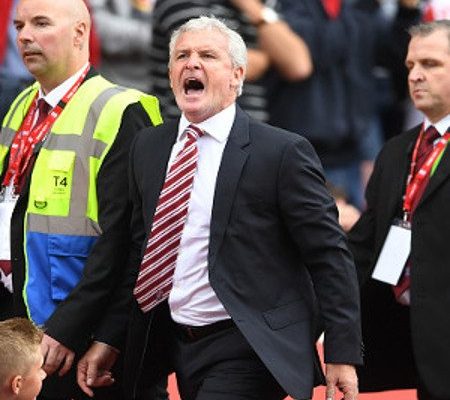 Stoke City manager Mark Hughes has been charged with misconduct by the Football Association (FA) after being sent off during Saturday's 4-0 defeat against Tottenham Hotspur.

Hughes was given his marching orders from the technical area in the first half for his vocal protests against the referee's decision, after Marko Arnautovic was booked for diving.

"It is alleged that his behaviour in or around the 34th minute of the fixture amounted to improper conduct," the FA said in a statement on their website (www.thefa.com).

Hughes has until 1800 BST on Friday to respond to the charge, the FA added.

Stoke, who are bottom of the league table, visit Crystal Palace on Sunday where they will look to end their winless start to the season.