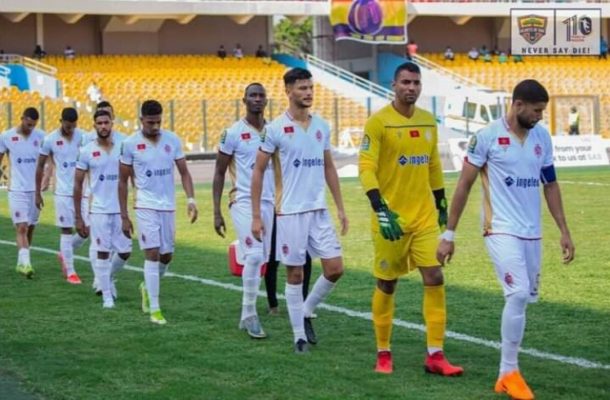 Technical Director of Wydad Club Athletic (WAC) Aboubakar Ouattara says that he is dismayed that clubs in Ghana still live in the stone age in this modern era of football.

He has described certain practices in Ghana as still practising '1970's football strategies' where he describes as obnoxious the culture where Chief Executive Officers (CEO) of clubs earn more money, drive luxurious cars and high end suits while the main actors being the football wallow in penury.

According  to Aboubakar Ouattara it belongs to antiquity in this day and age to see club CEO's earn more than players who are the key actors in football.

He made these utterances after his side annihilated Accra Hearts of Oak 6-2 on aggregate in the CAF Champions League second round fixture.

“Here, nobody goes to training in a team bus. Players are well catered for and they all have their cars. Nobody even reports to the Club Chairman for their salaries.

“I find it shocking that Ghanaian top clubs are still practicing the 1970s strategies of football.

“Players still struggle while administrators with their nice suits enjoy all the money.”