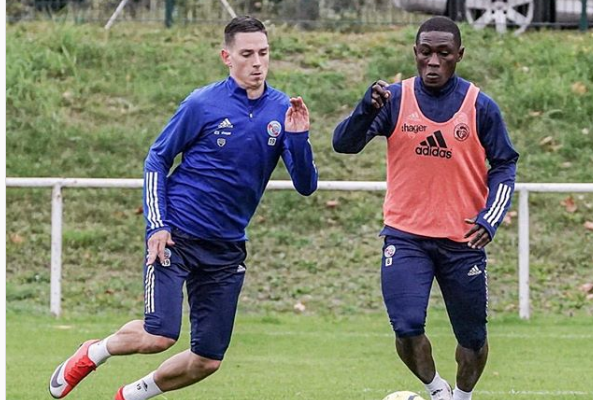 Ghana and Strasbourg striker Abdul Majeed Waris has recovered in time from the injury that had sidelined him the last few weeks.

The on loan FC Porto striker picked up an injury in his side's 3-2 defeat to AS Monaco at the Stade Louis II in a French Ligue 1 encounter about a fortnight ago.

Majeed Waris did not play the entire duration of the game as he was forced off with a thigh injury in their loss to Monaco.

The Ghanaian has struggled to replicate his last season form that encourages Strasbourg to extend his loan spell from FC Porto.

Waris missed his side's 3 nil loss to Lille at home and was not expected back next week when his side face Olympique Lyon but has recovered in time and has started training on his own.

If he is able to train fully with his teammates who are returning from the international break in the coming days, the striker will be available for selection when Strasbourg faces off with Olympic Lyon on Sunday.