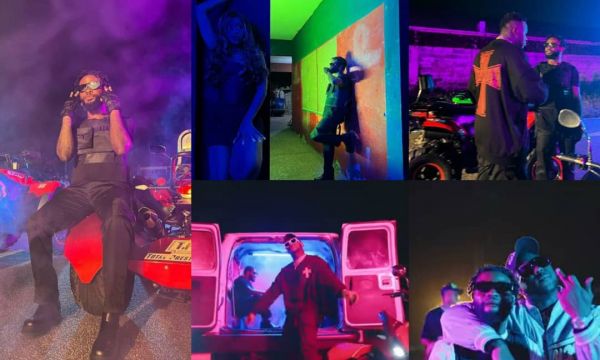 Tom D’Frick who is a signee of the Stubborn Academy label has released another hit song which is tagged “Zadi” featuring his label boss, Medikal.

Tom D’Frick’s latest song featuring Medikal has been tipped by many music lovers to be one of the biggest tunes on the airwaves in a few days to come.

A few weeks, ago, Tom D’Frick and Medikal released their first-ever joint tagged “Stay Wicked” which was very impressive.

Just as music lovers and fans of the superstars thought they are done, they have released yet another banger for them to jam on.

The song had the two musicians nailing their verses and exhibiting their lyrical prowess making the song a danceable one in the process.

As it stands now, the song has started receiving massive airplay and endorsement just a few hours after it was released. It is available across all digital stores.