Stubborn Nduom gets 5 minutes with EC boss but... 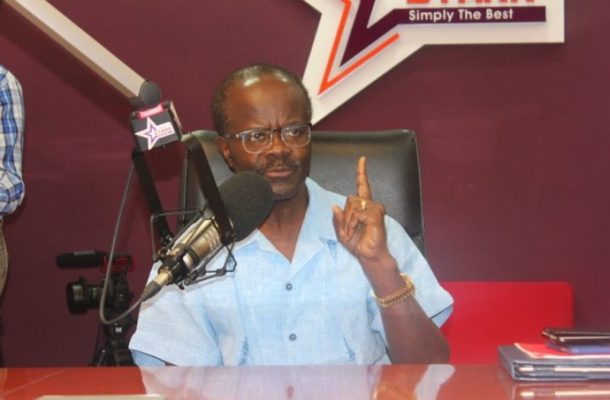 The flagbearer of the Progressive People's Party on Wednesday had its request for "just five minutes" with EC  granted,  hoping  to have his disqualification from contesting the 2016 election overturned.

Dr Papa Kwesi Nduom  told his teeming supporters at the party's headquarters in Accra Tuesday that  he will need to have just five minutes meeting with the EC or will proceed to court.

“All I ask for is just five minutes with Mrs Charlotte Osei and the whole issue will be resolved. If not, then we have no option than to go court", he threatened.

“We are not here to quarrel with anybody. We are not here to cause confusion anyway. We know our rights and we will sit and stand but we will do so in peaceful manner— so that when the Ghanaian people encounter our character and the content that we have, they will know that truly’ these are the people that can take of this nation."

The outcome of the meeting is not yet known but there is clear indication the founder of Group Nduom will head to court if his expectations are not met.

The Electoral Commission on Monday announced at a Press Conference that Dr. Nduom, Dr. Hassan Ayariga of APC, Nana Konadu Agyeman Rawlings of the NDP, Dr. Edward Mahama of the PNC, Dr. Henry Lartey of the GCPP and eight other presidential hopefuls were disqualified for failing to meet the nomination requirement for the Presidential contest.

But the former Finance Minister, few minutes after the announcement, tweeted "PROGRESSIVES DO NOT GIVE UP THAT EASILY. WE WILL PRESS ON!"

Director of Communications at the EC, Eric Dzakpasu confirmed the five minutes meeting Mrs Charlotte Osei had with the embattled presidential aspirant but will not disclose the outcome of the meeting, according myjoyonline.com report

What he disclosed however is the end of the nomination process and the plan by the EC to conduct ballots for the four remaining candidates cleared to contest in the December 2016 elections, it adds.

The Electoral Commission diusqualified Dr Nduom on  the grounds that his forms did not meet the requirements of Regulation 7 (2) (b) of CI 94.