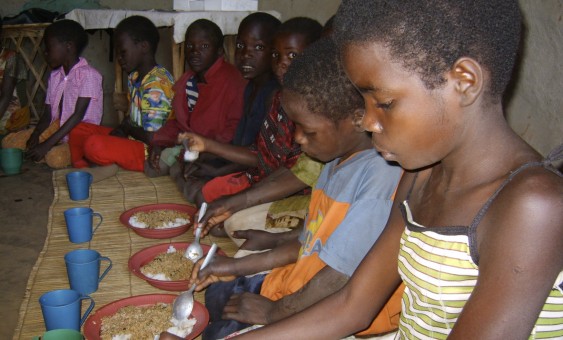 The economy of Ghana loses GHC4.6 billion (US$2.6 billion approximately 6.4 percent of GDP) a year to child undernutrition, a study by the UN has revealed. The Cost of Hunger in Africa: Social and Economic Impact of Child Undernutrition on Ghana’s Long-Term Development (COHA) launched on Tuesday attributed the loss to increased healthcare cost, additional burdens on the education system and lower productivity by its workforce.

Stunting Stunting occurs when children miss out on critical nutrients including proteins, vitamins and minerals while in the womb and in the first two years of life, this is compounded by diseases and poor hygiene practices. The reported stated that people who are affected by stunting face lifelong consequences starting in childhood such as frequent illness, poor school performance, having to repeat classes or dropping out altogether, and low workplace productivity. According to the report, 37 percent of the adult population in Ghana suffered from stunting as children. It said about 24 percent of all child mortality cases in Ghana associated with under-nutrition has reduced Ghana’s workface by 7.3 percent.

The report however acknowledged that Ghana has made some progress in improving child nutrition over the past two decades, reducing chronic malnutrition or stunting from 23 to 19 percent. But the study highlights the critical need for further progress. Dr Margaret Agama Nyetei, the Africa Union Commission’s head of health, nutrition and population division commented: “At the Africa Union, we believe that the realization of agenda 2063 and the achievement of the sustainable development goals (SDGs) will not be possible without fully harnessing the potential of all sectors of the population and this includes our children.”